Anderson .Paak Gets Artsy In Visuals For ‘The Season/Carry Me’ & ‘The Waters’ With BJ The Chicago Kid 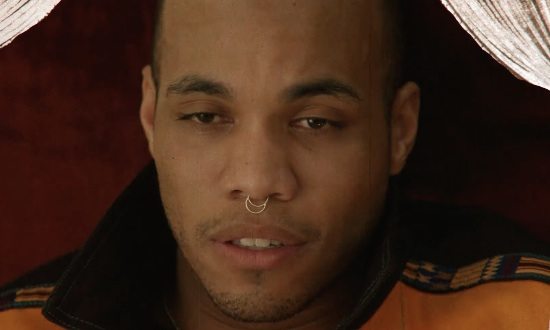 Get ready to get a little tripped out when you watch the latest music video from R&B "It guy" Anderson .Paak. We're getting two for the price of one with the visual release of two singles from his latest album Malibu. The video brings the album's cover art to life and depicts the vivid lyrics from "The Season/Carry Me" and "The Waters," featuring crooner BJ the Chicago Kid. For the first part of the visual, .Paak plays a farmer frustrated and tired of his cumbersome duties in the cutout field. The theme of frustration is weaved throughout the video, as .Paak flexes his acting skills when he later plays a food server, therapy patient and a man who finds religion. When .Paak gets doused in the paper lake by a pastor and his posse, the video segues into the second single.

As we listen to "The Waters," things get a little lighter as we watch .Paak and BJ wade in their fluid vibes all decked in white. Playing off each other's energy, the duo glow both in the visuals and in their chemistry as they keep the scene jovial. At the end of the video we see .Paak pop out of the water in front of a well lit house, with his possible next single, "Am I Wrong" featuring ScHoolboy Q, blasting in the background. Directed by Anderson and Chris Le, the visuals will no doubt keep your eyes glued to the screen. Chock full of symbolism, social commentary and unique characters, including a giant Donald Trump trash monster, we're hoping to see more of his Malibu tracks illustrated on our screens.

Dominating the festival circuit, having recently performed at SXSW, Coachella and Broccoli City Festival in D.C., it looks like .Paak will be taking his show on the road for the majority of the summer. You can visit his website for more information on tour dates and you can still purchase his album on iTunes. Watch the art-inspired visuals for  "The Season/Carry Me" and "The Waters" below and brace yourself for an interesting ride.