Chante Moore Wows The DMV With Her Live Show 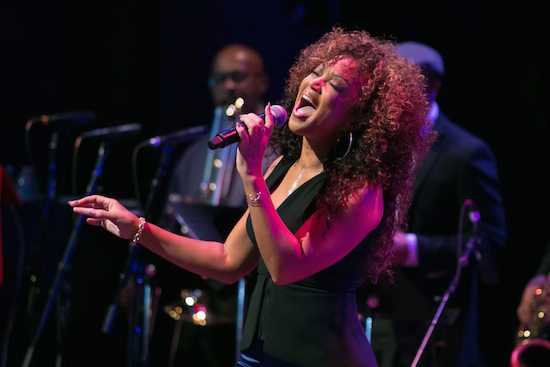 The last thing that you may expect to hear at a Chante Moore concert is a Faith Evans song, but that's precisely how Moore's show at Bethesda Blues and Jazz Supper Club opened on Friday, April 29th. Chante's backing band for the evening, New World Order, who also served as the night's opening act, played Faith's "Love Like This" as the headliner made her way through the audience, danced with male patrons and sang her fellow R&B diva's hit. Moore deftly wove in her 1992 debut single "Love's Taken Over" into Evans' uptempo number, and it was a surprising and winning combination. And Chante Moore was only getting started.

After warming and turning up, it was time for some "Old School Lovin'" and "I'm What You Need" from her sophomore album A Love Supreme. Toward the end of the latter song, Chante let loose on a high note with her whistle register that was absolutely stunning. She encouraged the audience to be free, saying, "Tonight let's just let go." Those in attendance at the sold out show had no problem obeying her directions, which she took herself on a lively version of "I Wanna Love (Like That Again)" with a Latin flair.

Chante barely broke a sweat while she seductively danced, serenaded the crowd and shared her relationship issues. The three-time divorcee may be single now, but she had a few men there ready to woo her -- despite having their dates in tow. She chose two to have a sing-off to the tune of her song "Baby Can I Touch Your Body," and the eventual winner showed out with his vocals and got invited on stage. Chante sat him down and gave him an up close and personal show that was both sexy thanks to her and hilarious thanks to him.

Following that comedic segment, the show took a more serious turn as Chante picked up where she left off talking about relationships. She spoke about love and marriage and going through it when she lost both. "If you think I'm talking about Kenny, I am," she said to address the elephant in the room and confirm for anyone who wondered if she was talking about her ex-husband Kenny Lattimore. That admission served as the segue to her performing the song "Don't Make Me Laugh" from her 2013 album Moore Is More. She took the touching song into the stratosphere with her whistle register, then brought everyone back down to earth and reaching for tissue to dry their eyes with her stunning cover of Bonnie Raitt's "I Can't Make You Love Me."

She brought anyone who was now in their feelings right out with her songs "Alright" and "Jesus, I Want You." Chante admitted that she's in a better place and "looking forward to being happily in love again."After hearing her speak and sing so passionately about love, we want that for her, too. Although she's rolling solo now, she sang "Chante's Got a Man" with as much fervor as she did when she had one.

Much like her show began, Moore ended her concert on a party vibe. She dug in the crates to pull out Teena Marie's "Square Biz," Luther Vandross' "Never Too Much" and LTD's "Back In Love Again," giving her background singers Debórah Bond, Precious Joubert and Rona Rawls all time to shine with solos before they joined her to "Wobble" and shake their groove thangs.

Chante Moore took patrons at Bethesda Blues and Jazz for a ride on her emotional yet exhilarating rollercoaster. Love and relationships may be heavy on her mind, but she still managed to have fun, be funny and deliver some of the best live vocals we've ever heard. 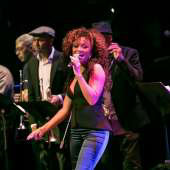 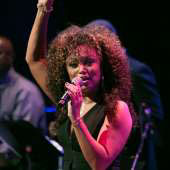 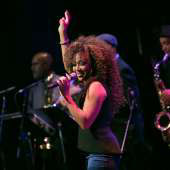 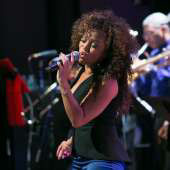 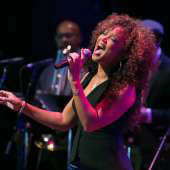 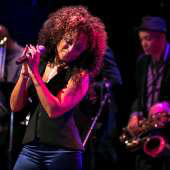 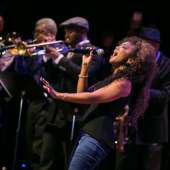 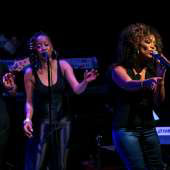 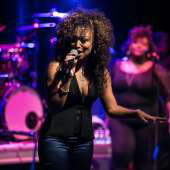 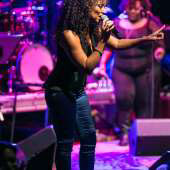 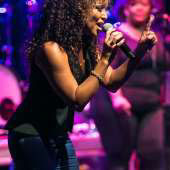 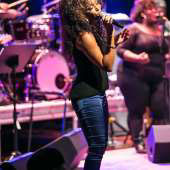 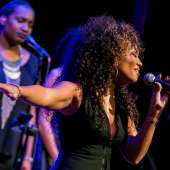 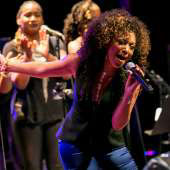 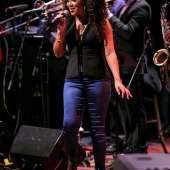 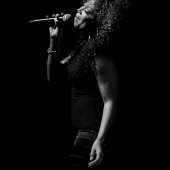 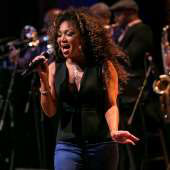 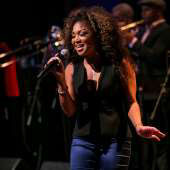 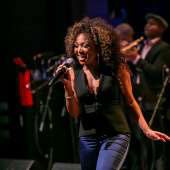 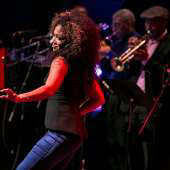 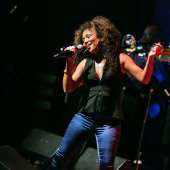