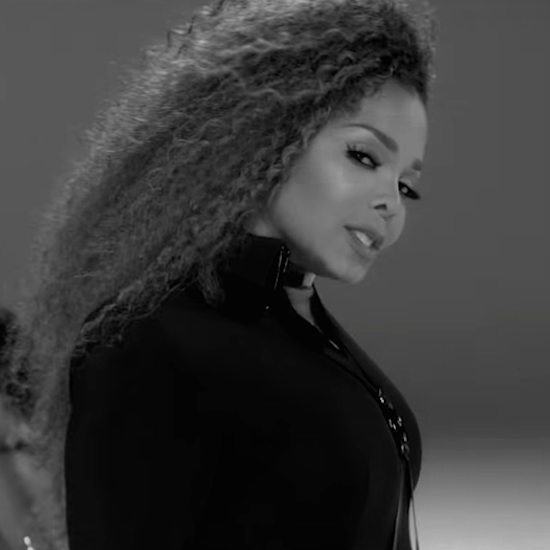 Just when you thought all would be quiet on the Janet Jackson front, the legend goes and drops a whammy. She popped off this past weekend with a string of GIFs teasing the video for Unbreakable's latest single "Dammn Baby." Then, on Monday, she delivered a catchy lyric video for the track. Last night, however she unveiled the full black-and-white clip for the song just to let folks know that Ms. Jackson is still as nasty with the dance moves as she wants to be.

Lensed by Dave Meyers, the simple clip is just over three minutes of Janet and her troupe of dancers serving up slick moves courtesy of her longtime choreographer Gil Duldulao and co-choreographer Luther Brown.  She gives us that trademark Janet attitude in every second of the clip as she flips her hair, wiggles her neck and shakes her shimmy all while making an ordinary soundstage seem like the best place in the world to be. As if that weren't enough, Janet even throws it back to her "Pleasure Principle" days with a bit of solo fancy footwork during the song's breakdown. Will this routine compare to her classic dance numbers of yesteryear? Probably not. But it does show that naysayers were incorrect if they thought she'd lost so much as a step.

In addition to the release of the "Dammn Baby" music video, yesterday also saw the confirmation of what many fans already speculated: just shy of hitting the big 5-0, Janet is indeed pregnant with her first child. According to Entertainment Tonight, a source confirmed the news, finally clarifying what the singer meant when she said her and her husband, Wisssam Al Mana, were planning their family. Congrats to them both and we can't wait to just how fierce their coming bundle of joy will be.

While we all delight in their good news, take a peek at "Dammn Baby" right here and then hop below to get some behind-the-scenes footage courtesy of the Associated Press.