Esperanza Spalding Teams Up With Ray-Ban For A Transfixing ‘Gaze’ 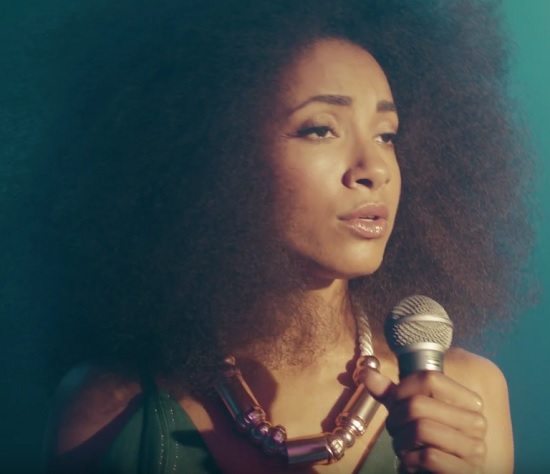 While she's currently showcasing her alter ego Emily musically, you shouldn't forget that Esperanza Spalding is a musical force all by herself. She puts that on display in the latest entry in Ray-Ban's Never Hide film series. For the short film Gaze, directed by music video director Allie Avital, Esperanza not only provides an original score, she also tries her hand at acting, playing a sultry lounge singer.

The plot of the film focuses on a photographer living in New York City. In between shooting subjects, she's developed a sort of obsessive crush on a firefighter whose station just happens to be right outside of her window. We see her take shots of the admittedly sexy fireman and even have a few "chance" encounters with him on the street and at a local bar. Still, no matter how hard she tries (and despite her rich, surreal inner life with him) the fireman seems to barely know she's alive. So, in a last ditch attempt, she decides to go to some rather desperate measures to get his attention. Though it's a little dark, it's soundtracked beautifully by Esperanza's jazzy score, highlighting just how much the main character wants to be loved.

You can check out Gaze in its entirety below. To check out more films in the Never Hide collection, including last year's film scored by Kamasi Washington, you can head to Ray-Ban's website.


TAGS:  Allie Avital, esperanza spalding, Kamasi Washington, Ray-Ban
Previous: Morning Soul: You Say You Got Skills In The Bedroom Next: Theophilus London Entices Us To ‘Stay’ And Enjoy His Latest