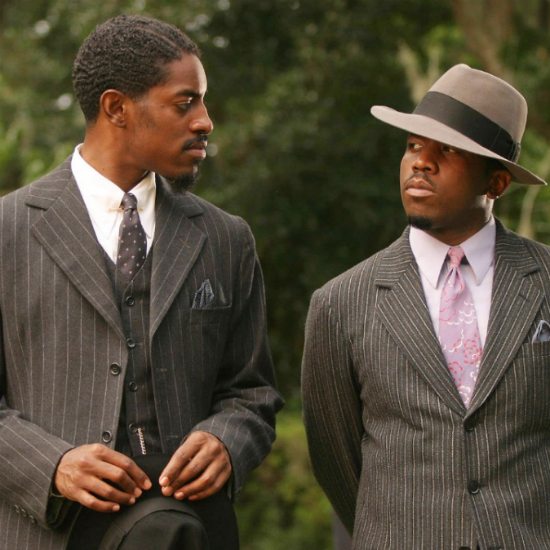 No discussion on the greatest groups in hip hop can ever leave out  Outkast. The groundbreaking Southern rap duo did what no other group could: find success without denying their Dirty South roots. However, when it comes to film discussions, despite their best efforts, they are probably best forgotten.

After the release of their fifth album, the duo, especially Andre 3000, was interested in spreading their wings into film and acting. Working with their long-time video collaborator Bryan Barber, they created a movie called Idlewild about a juke joint in the 1930s.

Idlewild tells the story of Percival and Rooster, childhood friends who are growing apart due to their separate interests while trying keep it together to protect their club, Idlewild, from vicious gangsters. It is a period piece, a musical and a blaxploitation flick all in one. However, unlike most of Outkast’s work where they were able to bring the noise, bring the funk and bring the knowledge with equal aplomb, Idlewild is thought of as being a fun, but disjointed film.

The soundtrack to Idlewild is just as peculiar. The actual music used in the film is from the Outkast album Speakerboxxx/The Love Below. However, the movie took so long to produce that they had already released the critically acclaimed album. Instead, another soundtrack was released and the music used in the movie is a blend of both.

The film received mixed reviews, with some characterizing it as a long music video. Others felt it odd that modern day rap music was merged with a 1930s setting, making it an African-American version of Moulin Rouge. While this would later work to the advantage of The Great Gatsby, it didn't work for Idlewild.

Andre 3000 and Big Boi would go on to star in other films separately years later. However, this film and the accompanying soundtrack would be the last official Outkast project.