How Much Do You Have ‘In Common’ With Alicia Keys? 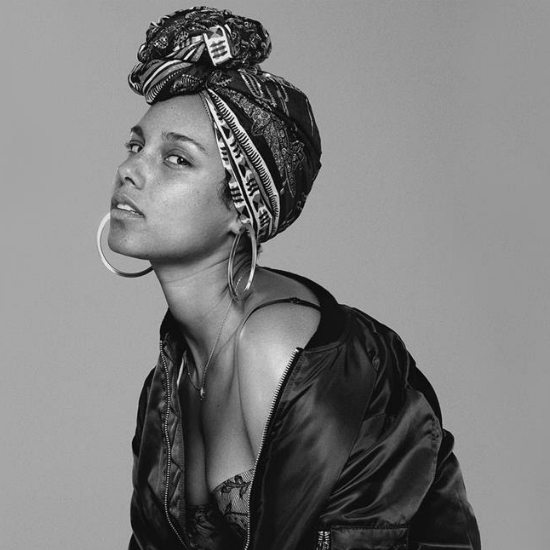 It's been about four years since Alicia Keys released a new single, but she's officially reset the clock with the release of her latest, "In Common." The songstress is playing with fire on the new track, heating things up a tad with her sultry vocals and lyrics about a potential soulmate. "We've got way too much in common / If I'm being honest with you... Who wants to love somebody like me? / You want to love somebody like me / If you can love somebody like me / You must be messed up, too," she sings on the mid-tempo number. Produced by Canadian Illangelo (known for tracks with Drake and The Weeknd), the song has a mix of electronic, Caribbean and Latin influences, and stays nice and steady throughout as A. Keys adds her solid vocals on top of the dance floor-ready track.

It looks like the songstress will be dropping keys the rest of the year (see what we did there?) since she has a number of new gigs lined up. Alicia will join The Voice as a coach this fall since the 15-time GRAMMY winner has more than enough experience. She's also wrapping up her new album, which we can expect her to drop later this year. If you can't wait to get more from the singer, Alicia will perform on Saturday Night Live this weekend where she'll no doubt be singing "In Common." Listen to Alicia Keys' newness right here, and cop the single on iTunes to help you get your vocals together so you can sing along in the right key.