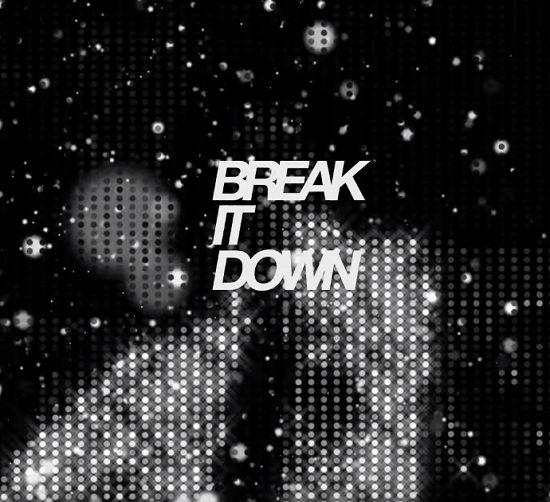 If we're being honest, we've been a bit miffed at Janet Jackson. Yes, the top-notch entertainer has given us more than 30 years of music, but her abrupt postponement of her Unbreakable World Tour threw even her most die-hard fans for a loop. Luckily, Janet knows how to get back in our good graces. Over the past few days, she's been dropping Twitter hints of the next video from Unbreakable, "Dammn Baby." The black-and-white gifs featuring Janet and her dancers have us anticipating the patented brand of fierceness that only Janet can deliver.

But before we get that, and perhaps to hold us until the clip's arrival, Janet has given us a lyric video for Unbreakable's room-shaking party starter. At once a declaration of one's own flyness, a missive against the haters and an inspirational ditty, "Dammn Baby" is perhaps one of the more modern sounding tracks on the album. The lyric video fittingly captures that feel with sleek and simple lettering set against a black background as the lyrics flash by. Also keeping things interesting are the animations, utilizing white dots to create interesting graphics, including nods to her previous work as well as a flashback to clips from her 1998 Velvet Rope Tour during the song's very familiar break down.

Get up off that grey line and get into the "Dammn Baby" lyric video right here. As well, check out the official video teasers Janet's been dropping below.


TAGS:  janet jackson
Previous: Morning Soul: So Long You Did Me Wrong Next: See Lalah Hathaway Live This Summer On Her U.S. Tour