MNEK Returns To Keep Us Up ‘At Night’ 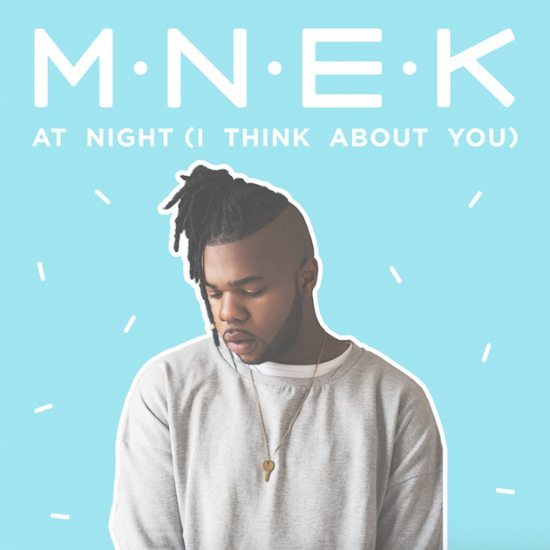 London-based singer, songwriter and producer MNEK never fails to give us something to talk about -- or jam to for that matter. He's had a hand in a number of projects, working with everyone from Rudimentary to Madonna, not to mention he's scored a writing credit on Beyoncé's "Hold On." There's also his onslaught of personal projects that such as the Small Talk EP that had us gushing over his incredible talent for most of 2015. While we're still buzzing over his duet with Zara Larsson, "Never Forget About You," MNEK is following up that hit with another jam, the single "At Night (I think About You)."

Like "Never Forget About You," "At Night (I Think About You)," is a pop song about love lost, being able to avoid being haunted by thoughts of the one you pine for until the midnight hour strikes and the love below starts talking to you. However, as you can tell by the lyrics, MNEK wants more than a booty call. He's trying to reunite with his boo thang, hoping they feel the same way. Just check the lyric, "Like an echo in my brain / I wonder if you hear it, too," to see what we mean. While the song is about longing for your love, the quick pace of the symphonic beat is a good distraction for what ails you. The song then breaks out into a manic cacophony as MNEK's vocals reach new heights.

With "At Night (I Think About You)," MNEK is poised to do more than fill dance floors, but he has the potential to top the charts. Hopefully his talent finally gets the attention it deserves in front of an audience instead of just behind the scenes for other stars.