See Lalah Hathaway Live This Summer On Her U.S. Tour 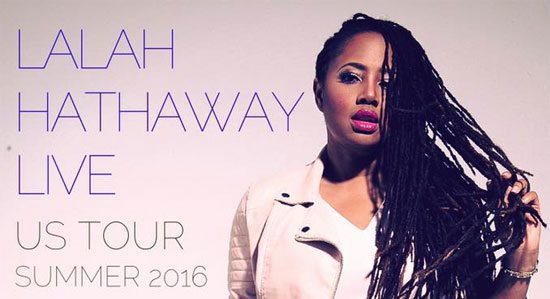 If you're anything like us, then by now you've probably worn out your copy of Lalah Hathaway LIVE! from playing it so much. The next best thing to seeing Lalah Hathaway in concert is listening to her live album and feeling like you're right there in a front row seat and she's singing to only you. In the event that the CD or MP3s aren't enough and you want to experience Lalah in the flesh, though, you're in luck because she is embarking on the Lalah Hathaway Live U.S. Tour this month.

So far, there are 15 tour dates scheduled on the Lalah Hathaway Live U.S. Tour that will take her across the country this summer. The season kicks off early for Lalah with the first date on May 6th in Raleigh, NC. From there, she will be hitting the festival circuit heavy this summer, with appearances confirmed at the ATL Soul Life Fest in Atlanta over Memorial Day Weekend, the DMV area's Capital Jazz Fest in June, the Super Bowl of Soul aka ESSENCE Festival in New Orleans and the inaugural Los Angeles Soul Music Festival both in July.

More cities and dates will be announced in the coming weeks, but don't delay in making plans to see Lalah Hathaway in concert in any (or all!) of the cities listed on the flyer below because tickets are prone to sell out -- if they haven't already. Additional information and links to purchase tickets can be found on Lalah's website. 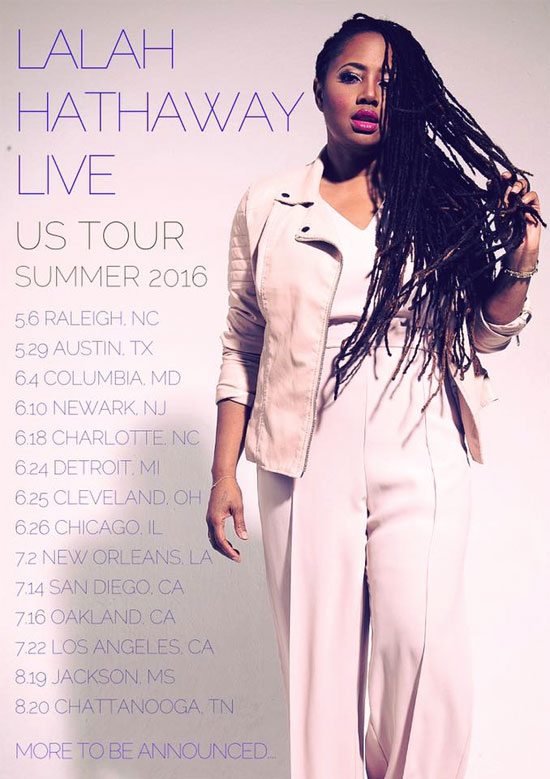