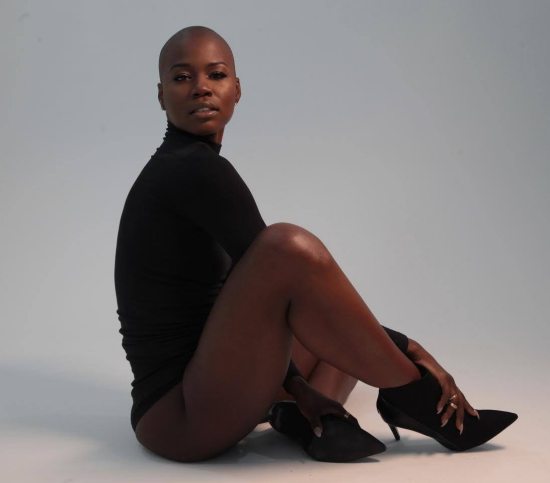 After being M.I.A. on Empire for a few episodes, our girl V. Bozeman finally showed back up on the season finale to deliver a few flawless performances amid all the drama that the Lyon family was causing. Like her character Veronika, V. is also back on the scene with her new single "Go," and it's definitely one you'll want to stop and take notice of.

"Go" is a feisty number on which V. makes it known she can do bad all by her damn self. "Shut up, shut up / Shut up when your talkin' to me," she begins. "Shut up, shut up / If you wanna go, baby, then leave." From there, she proceeds to deliver the trillest breakup ballad ever. Her sweet harmonies meet quick-stuttering hi-hats and echoing 808s as she lets her man know that he can kick all the rocks. And just in case he thinks she's gonna stress him bouncing, she even evokes a bit of rap, letting him know that she 'be stuntin' on all these chickens and they sisters," so if he plans on leaving he'll be leaving the baddest chick walking. While it's definitely a different sound coming from V., whom we've come to know for stunning ballads of love and loss, she definitely gets our seal of approval for this one.

With "Go" and "Smile," the singer has given us two solid singles. However, we still have no word on when we can expect her album Music Is My Boyfriend and we're getting a little anxious. While "Go" will definitely help us ride out the wait, can we get some news ASAP, V?