Zo! & Dornik Throw Us ‘Lifelines’ In Advance Of ‘SkyBreak’ 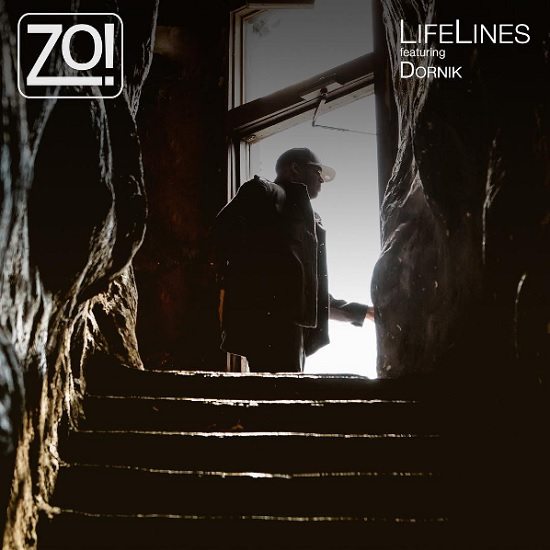 May might have just begun, but it's already starting off with promise. It seems like we've been given an embarrassment of musical riches, with singles, EPs, mixtapes and albums coming at us from all directions. Now The Foreign Exchange mainstay Zo! adds even more with the release of "Lifelines," the Dornik-featuring first single from his upcoming album, SkyBreak.

If you happened to listen to Dornik's self-titled debut, then you know that the British singer has a tendency to veer into Michael Jackson territory. Taking advantage of that, Zo! provides a lush, "Human Nature"-inspired backdrop filled with tinkling keys, atmospheric synths and a bumpin' drum track that's made for keeping your head nodding. Dornik takes advantage of the track as he sings a love letter to the girl who keeps him going with her love, letting her know that she is indeed the queen of his heart. And just when you think that it couldn't possibly get any doper, we get a surprise verse from none other than Phonte himself. After spitting a hot not-quite 16 about love, the rapper/singer sticks around to provide lovely backing vocals that serve as a counterpoint to Dornik's ad-libs over the smoothed out close of the song.

Zo!'s SkyBreak drops on May 20th, but you can pre-order the album (and score an instant download of "Lifelines" in the process) on iTunes right now. But that's not the only way to get more Zo! in your life. If you happen to be in the DMV area on May 22nd, you won't want to miss SoulBounce's exclusive listening lounge for his new album, as it's sure to be a jam. As well, Zo! is also releasing a documentary about the making of SkyBreak. You can catch a preview, which finds Zo! and his partner-in-crime Phontigallo discussing their cult favorite collab Zo! And Tigallo Love The 80's, below.


TAGS:  audio, Dornik, phonte, the foreign exchange, zo!
Previous: The Family Revisits ‘Nothing Compares 2 U’ In Memory Of The Incomparable Prince Next: NYC Bouncers: Win Tickets To See The Foreign Exchange In Concert!