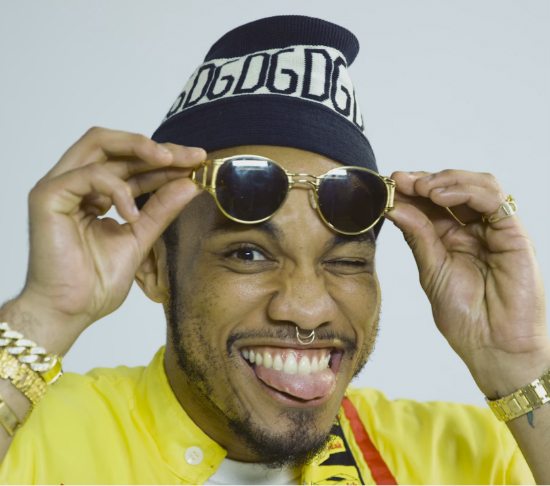 Anderson .Paak has been one of our favorite acts to catch this year and his album Malibu is just about worn out from staying on repeat. There's no sign of slowing down for the 30-year-old California native who just made XXL's 2016 Freshman Class. The honor, illustrated with an energy-filled cover, is a well-deserved nod to .Paak's creativity, energetic performances and dynamic talent. While his fellow classmates may be side-eye worthy, we let out a collective sigh of relief when we saw .Paak on the list.

The musician joined XXL for a freestyle and profile interview as part of the outlet's series to highlight each freshman. In the conscious freestyle, he rap/sings, "A few make it through, most won't survive / A penny with no hole, no hope inside / And my n***as went to dinner, so we taking a bite / And I made up my mind / The whole world loves you when you're top of the line." In his profile interview, he discussed working with Dr. Dre, his rise to fame and the artists he admires — among them André 3000, Kanye West, James Brown and CeeLo Green — whom .Paak describes as pushing "the boundaries of their genre to where they can’t really box it in."

"It's been a long time coming," he said about being picked as an XXL Freshman, and we agree. .Paak is joined by fellow rappers Kodak Black, Desiigner, Dave East, Lil Dicky, Denzel Curry, Lil Uzi Vert, 21 Savage, G Herbo and Lil Yachty, who won the fan-voted 10th spot. .Paak is on tour the rest of the year, literally until October, as he sprinkles his energy all over the U.S. and Europe. If he's not in a city near you any time soon, you can still watch his XXL Freshman freestyle and interview below to learn more from the artist we would unanimously label class valedictorian.