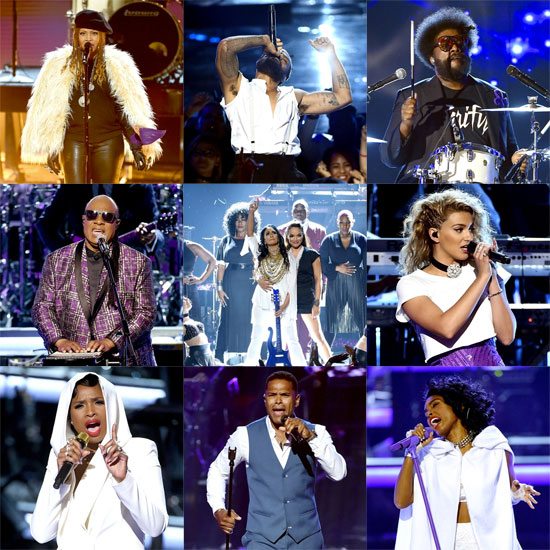 It's been a little over two months since Prince passed away on April 21st, and we are still grieving the loss. He touched us all with his ministry of music, and the pain that we feel knowing that he is gone is deep and real. Our broken hearts have been slow to mend, but BET aided in the healing process with their night of Prince tributes during the BET Awards 2016. They dedicated this year's awards program to celebrating His Royal Purpleness, and a bevy of talents paid homage to his memory with musical performances of songs from his catalog of classics. Instead of doing one long tribute, the performances were spread out over multiple segments throughout the night, beginning with Erykah Badu, Bilal and The Roots and culminating with an epic finale led by Sheila E.

After throwing major shade at the 2016 Billboard Music Awards' pathetic Prince tribute with Madonna and Stevie Wonder a few weeks ago, we were all tuned into the BET Awards 2016 to see if they were selling wolf tickets or if they'd live up to their own hype. Although every performance wasn't on the same level of greatness, the tributes largely delivered on their promise and were befitting for the king that is Prince. 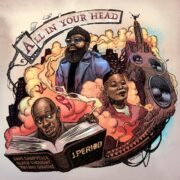