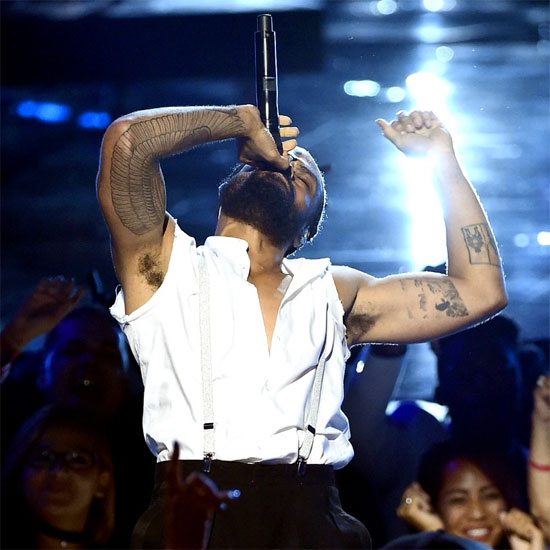 The Prince tributes at the BET Awards 2016 didn't get popping until over 30 minutes into the show when comedian Dave Chappelle took to the stage to give a brief memorial for The Artist and introduce his friends and fellow Prince lovers The Roots, Erykah Badu and Bilal. Badu stood center stage with the Legendary Roots Crew backing her up on "The Ballad of Dorothy Parker." Although the track from Prince's Sign O' the Times is the jam and Badu did a decent job, it wasn't the right song to begin with. For the most part, the audience looked clueless about what she was singing and the song dragged on.

Although this segment started with a sputter, it ended with a boom thanks to Bilal. He sauntered onto the stage to the familiar strains of "The Beautiful Ones" from the Purple Rain soundtrack and wrapped his arm around Erykah as she exited stage left. From the moment he parted his lips to sing, he sang for his entire life hitting every single note. The spirit of The Kid took over Bilal's body and he ripped open his shirt, dropped to his knees, writhed around the stage and performed the most exciting live rendition of "The Beautiful Ones" that we've ever seen this side of Prince.