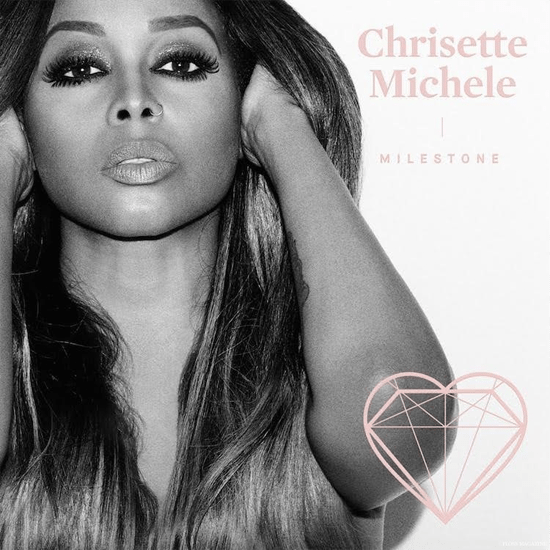 It’s become abundantly clear that the landscape of our world is changing. With the millennial generation’s assistance, the world of music is reflecting those changes arguably more clearly than any other industry. Parents' car CD players have become obsolete with advent of Bluetooth technology in all their childrens' cars, album sales have given way to the rise of singles, physical music purchases have paled in comparison to streaming media and even solid institutions like Billboard, the Recording Academy and the Recording Industry Association of America (RIAA) have had to change a few rules to keep up with the times.

It’s no wonder then, that music genres that once stood on their own are now mash-ups of each other. From Fantasia’s foray into “rock soul” to soul-infused country music by K. Michelle and Beyoncé, this trend is here to stay. This year saw “trap-n-b” now affectionately referred to as “trap soul” (largely due to Bryson Tiller’s debut album of the same name) ushered in by a slew of male artists. Best defined as southern-inspired, hard-hitting 808’s combined with smooth, melodic rap-singing and explicit lyrical content, acts such as Future, Fetty Wap, Tory Lanez, PARTYNEXTDOOR, Ty Dolla $ign, iLoveMakonnen and a host of other guys have dominated the charts with this new wave music. At the same time, there have been a few daring female acts like Rihanna, Mila J, Sevyn Streeter and Ester Dean that were bold enough to take on this trend. However, those singles have been few and far between and have had significantly less impact on the subgenre.

If you’re a fan of trap soul, it seems Chrisette Michele may have just answered the call for more of this type music from the female perspective. Following her Steady Gang Mix mixtape released earlier this year, her new album Milestone is fully of bass-heavy, beat-thumping, head-bobbing bangers. This departure from classic soul elements and jazz-infused ballads represents a need for the creative to not be “put into a box” or readily categorized into one genre of music, while juxtaposed against tender love songs about her journey to love and marriage with longtime beau, Doug “Biggs” Ellison. This sentiment is best displayed on the bouncy track “Reinvent the Wheel.” Detailing her “inflections” and “intentions,” this track not only outlines Chrisette’s objectives for the new record with the assistance of a Mali Music feature, but it sees her take complete ownership of her art in a positively affirmative way. “Reinvent the Wheel” unapologetically announces that Chrisette’s gift is in the beauty of creation, instead of appealing to the masses with regard to current popular culture or unoriginal material. Simply put, if it doesn’t move her, she ain’t here for it.

Following the singles “Steady,” “Equal” and “Unbreakable” are songs like “Diamond Letter.” If a “Dear John letter” set to music could knock enough for you to twerk to it, Christette’s the mastermind behind it. “Soulmate” is another sexy standout that you can milly rock, two-step or slow whine to while the staccato melody, looming guitar riffs and bass create the sentiment of an old-school Keith Sweat record.

“Make Me Fall” is perhaps one of the more interesting mixes on the LP as the synth-heavy track rests somewhere between rhythmic pop and trap soul. Our favorite track is “To the Moon,” because it is conceivably most reminiscent of the Chrisette of old in terms of vocal arrangement. However, the use of her compelling lower register to tell this story makes it future forward. It is these types of clever arrangements that showcase Chrisette’s ability to cultivate a sound that’s uniquely hers.

Wanna hear Chrissy get grimy? Press play on “These Stones” to hear lyrics like, “Yeah I’m back with my old dude / Yeah your 'gram comments be rude / I still get more likes than you / Delete that ish / Hater-block that bish / I’m public so it get like this.” Tell 'em why you mad, sis!

If you’re in the mood for something a little sexier, Chrisette showcases a new body party-themed track with “My Body,” urging her man to “...rock my body like a Dasani, pour your love on me.” She continues this theme with the sexiest track on the LP, “Private Destination.”

A theme that seems to be prevalent in Chriestte’s approach to trap soul music is the use of affirmations. (See: “Steady,” “Unbreakable,” “Equal,” “Us Against the World,” etc.) Although Chrisette definitely “goes there” and takes things to the sexy side, she lets us know via cleverly penned lyrics exactly where she stands on the subject matter—monogamous or “steady” relationships (typically ones that involve diamond rings) are her prerequisite. This theme is also dances throughout several of the tracks on the album.

On the deluxe edition of Milestone, Chrisette offers up 19 tracks while the standard edition delivers 12 of those. Need even more of Chrisette? Cop the Target exclusive that includes two bonus tracks and a poster. The bottom line is this: while you won’t find any of the heartfelt ballads or room for the vocal musings of a classically-trained and well-studied Chrisette Michele on Milestone, she delivers quite a moving portrait of an urban love story set to trap beats. This is an age-old love story told in a very fresh way, and it’s uniquely hers. It’s full of empowerment, and production from Four Kings Productions is not to be missed. While this is a definite departure for Chrisette, we salute her for her fearlessness and creativity. Change is the theme of the millennial generation, and it seems that there’s nothing Chrisette Michele can’t do—including trap music.