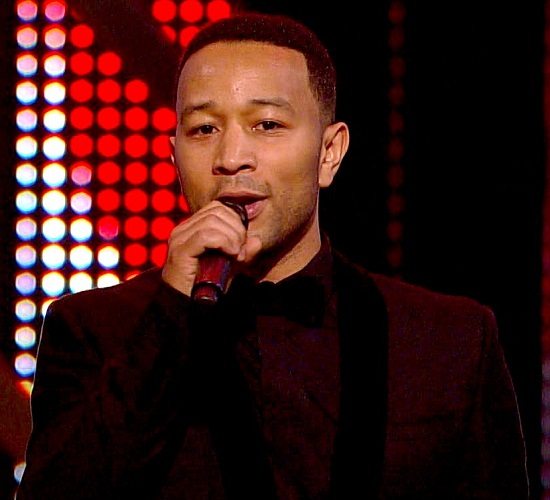 On June 4th, we lost yet another one of the greats when we found out boxing titan and activist Muhammad Ali passed away. To honor the incredible void we all feel and the legacy he left behind, crooners John Legend and Andra Day joined voices to pay tribute to Ali with "The Greatest Love of All" during Spike's Guys Choice Awards. The original single from 1977, also made famous by Whitney Houston, was sung by George Benson and originally crafted for the Ali bopic The Greatest. With iconic images of Ali as the backdrop, John and Andra took the single and used their wide ranges to belt out the passionate lyrics.

From what we can tell from the video, both singers give Ali a beautiful tribute that is undeniably deserved. While this is just a snippet of the performance, you can watch the rest during the awards show, which airs Thursday, June 9th at 9 p.m. ET/8 p.m. CT on Spike. It's unfortunate that there's an influx of tributes this year, but we can only be glad when they are worthy of the legends they are meant for, as this one is.

When they aren't joining forces to honor an icon, both Andra and John are working on a number of projects. Andra just released the visuals to her popular single "Rise Up" last month and it looks like she's getting added to festival line-ups, including New Orleans' ESSENCE Festival and ONE Musicfest in Atlanta. John on the other hand is a new father and has been getting busy with TV and film. He recently produced both the television Civil War drama Underground and the upcoming film Southside With You, about President Barack Obama and First Lady Michelle Obama's first date, which arrives in theaters on August 19th.

You can watch the sneak peek of Andra and John's performance of "The Greatest Love of All" below.