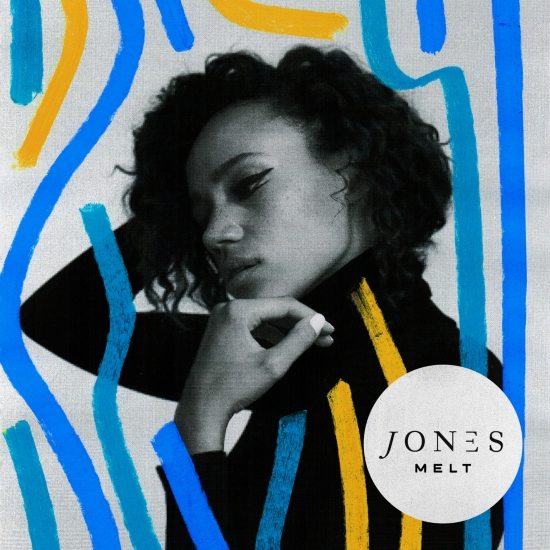 We've been enamored with JONES ever since hearing her debut EP Indulge and naming her to our growing list of Bounce-Worthy artists. And she proved herself more than worthy of that title after dropping "Hoops" back in October and then a stunning, stripped back cover of Calvin Harris & Disciple's "How Deep Is Your Love." Now the London-based singer is back with news that her upcoming debut album, New Skin, is soon to be released and uses her brand new single "Melt" to introduce it.

With temperatures rising as the summer season begins, "Melt" is the perfect soundtrack. JONES tapped frequent collaborator HONNE to provide her with a subdued musical backdrop, led by lilting guitar and a loose, languid bass line that flows easily from beginning to end, allowing the motion of the drums and synths that ebb and flow to propel the song forward. JONES takes advantage of the song's easygoing feel, her honeyed vocal warm and smooth as she invites a lucky suitor to join her in love. "We've got the heat / Melt with me," she softly commands on the song's chorus, and you'll be damned not to oblige as she softly lulls you into doing her bidding.

While there isn't an official date for the release of New Skin, it should be an interesting listen. It's rumored to include both "Indulge" and "Hoops" as well as "Melt" — not to mention that it will also house collaborations with MNEK and Two Inch Punch. Until she makes it officially official, though, stream "Melt" below.