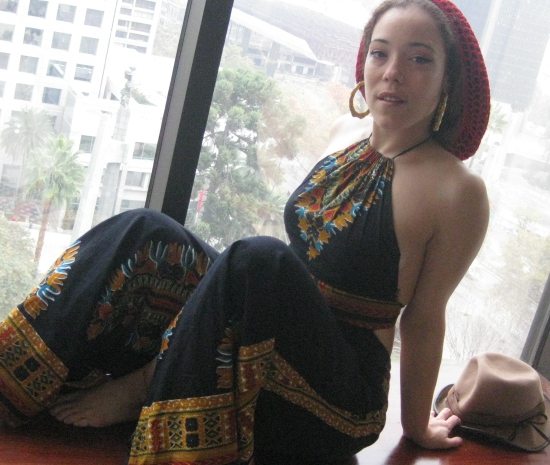 Is it possibly to fall any more in love with Kendra Foster? The singer/songwriter and Florida native has been wooing us for quite some time, and we're not just talking about her work with D'Angelo. As she's geared up for the upcoming release of her self-titled album, she's dropped a couple singles from the project that have us anxious to hear what else is in store. She continues doing so with the album's latest release, "Just A Memory," a song which we doubt you'll forget.

One of Kendra's most endearing qualities is her ability to flow through various styles rather effortlessly, and "Just A Memory" finds her switching it up once again as she provides a wistful view on love during the process of a breakup. Dreamy chords, guitar and heavenly backing vocals provide the base as Kendra sings sweetly to her soon to be ex. "So now that we are just a memory / In the wake of a tale that is done," she begins, later relaying that the end has come even though they have yet to say their farewells. Somehow, Kendra makes something that would usually be considered one of the most bitter experiences sound so very sweet, marking the occasion as just another passage of time.

As Kendra nears the release of her self-titled album, she's also doing more promotional appearances. Her latest will be on BRIC TV's B-Sides series, which will be recording live this Thursday (June 23rd). If you are in the New York City area, you can find out how to be in the audience here. But don't fret if you're not in the area, as it will also be streamed live online. In the meantime, listen to and love "Just A Memory" right here.