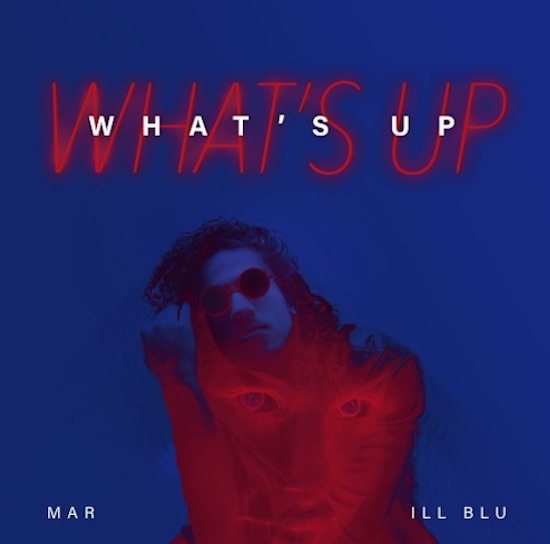 While we love it when singer Mar slows it down with his sensual ballads, it's no secret that he knows his way around a dance cut. He proves that nothing's changed with his latest offering, a club banger called "What's Up." He joins forces with London-based production duo iLL BLU for this catchy song that borrows its hook and title from Donell Jones' 1999 hit "U Know What's Up." Although Mar's vocals stay in line with Jones' soulful harmonies on the original, iLL BLU slathers the song in electro synth bass. The song builds up to a full-on party song that instantly calls up images of raving and sweating out your hair on the dance floor. "What's Up" was reportedly born out of an impromptu recording session between the trio.

The song is a welcomed return for Mar, who has been mostly quiet this year after releasing his When We Meet Again EP last year. In case you're unfamiliar with iLL BLU until hearing this song, they have been putting it down since they got together back in 2008. Among those that they've contributed tracks to include James Morrison and JP Cooper.

Clear some space and set your evening and weekend off with Mar x iLL BLU right here and cop the free download from SoundCloud.