Maxwell Shows Us ‘All The Ways Love Can Feel’ 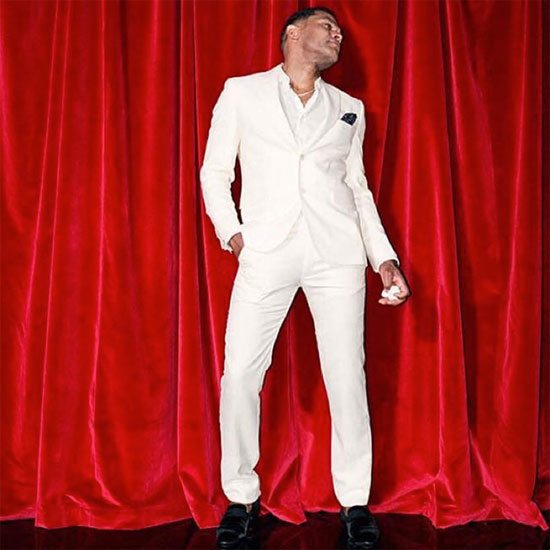 Last night, Maxwell left more than just the stage wet at the BET Awards 2016. The performer mesmerized the audience with a live performance of “Lake By the Ocean,” and an unexpected Prince tribute with a retooling of “Nothing Compares 2 U.” Of course, all of this is just a build up to the release of his new album, blackSUMMERS’night. However, what has been missing from the steady stream of releases from the album, such as “1990x” and “Gods,” is a good old fashioned dance track. For an album entitled SUMMERS’ there’s been nothing to get you hot, sticky and sweaty, besides Maxwell’s voice. Striking while the iron is hot off his scintillating performances, Maxwell is sharing a new track, “All the Ways Love Can Feel,” in hopes of getting you hot and bothered while dancing with that special someone.

“All the Ways Love Can Feel” is a mid-tempo number with the aim of getting couples young, old, new and seasoned to explore love through the innumerable shades of purple, pink and blue that form on a disco ball. Lyrics such as, “Class is in session tonight / Show me the lessons of your life / All the ways love can feel alive,” come off as sweet nothings, but are filled with depth and experience. The production is a combination of funky live instrumentation and lush synths. The lyric video for the song is pretty simple, as a revolving disco ball spins blinding us with multiple hues before it fades into starry black sky.

“All the Ways Love Can Feel” is the fourth track released from Maxwell’s forthcoming panty-dropper, which will be released on Friday, July 1st. The artist will also be performing at this year’s ESSENCE Festival as well as touring across the country. If you haven’t already, you can pre-ordered the album on Amazon or iTunes, there’s still time.


TAGS:  audio, maxwell, prince
Previous: Bilal, Jennifer Hudson, Maxwell, Janelle Monáe & Sheila E. Give Prince The Tributes He Deserves At BET Awards 2016 Next: PJ Morton Takes It Back To When We ‘First Began’