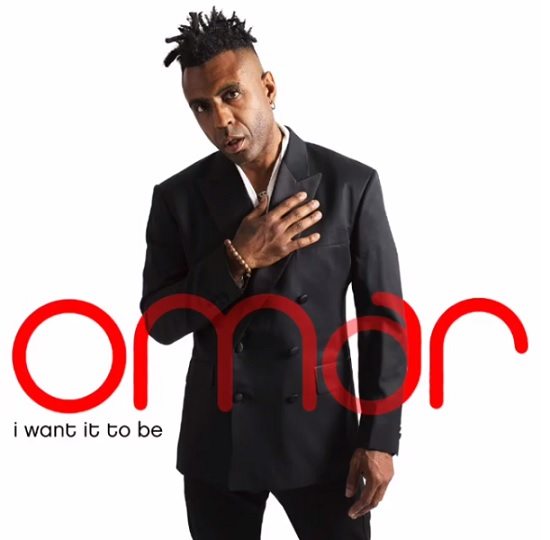 Last time we heard from our boy Omar, he was The Man. His 2013 album rocked our collective minds here at SBHQ, especially after the seven-year wait between albums. Well, it looks like Omar isn't going to make us wait as long as he did before, as the British singer recently announced a new EP, I Want It To Be, set to arrive this summer.

The four-song set features some of the first new material we've gotten from Omar since 2013, but honestly, it sounds like he never left. His buttery baritone is still intact and his ear for soulful, jazzy tunes is still in tune. The title track is a warm track kissed with an island feel thanks to a calypso-ready groove. Meanwhile "Destiny" is a straight throwback to the jazzy soul sounds of his early career. "Sissy Pa Sissy" is a celebration, with brassy horns leading the way. The EP's final track is a remix of "I Want It To Be" done by Scratch Professer (who also happens to be Omar's brother) that heats it up considerably while keeping some of the song's spirit.

In addition to the news about I Want It To Be, we also learned that Omar will be bringing out a full-length album, tentatively titled Love In Beats that will be rocking our blocks later in the year. While the announcements didn't come with specific dates, we can offer you a listen to a stream of snippets from I Want It To Be right here. Take a listen below.