Tank & Yo Gotti Want You To ‘Love’ Their New Video 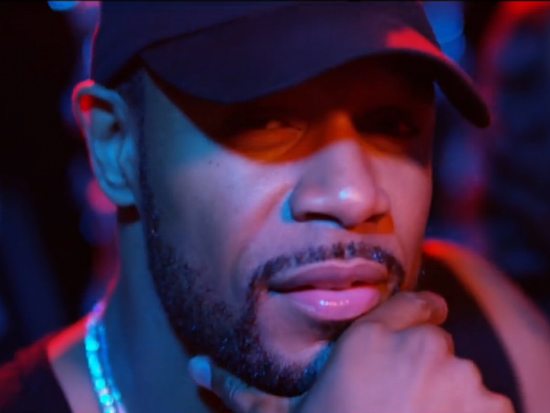 Tank has been a little quiet lately since he's been working on BET's New Edition mini-series, performing and making club appearances across the country. Well, just in time for the first day of summer, and to remind you he's still here, he just dropped the hot visuals to his latest single "I Love Ya." The track is a club banger of sorts and conjures up images of a crazy party with a lot of women. And that's precisely what we get in the video, where Tank and actor Jackie Long decide to have a shindig at Floyd Mayweather's crib. With strippers and more strippers, Tank and Jackie get handsy with the ladies, while the R&B crooner sings and looks seductively into the camera.

Yo Gotti joins in to help the fellas with their scantily clad guests as he spits his verse and looks unbothered in an all-white track suit. We get a small break from the couch twerking, when Tank's protégés 12:Til ring the doorbell and sing a passionate a cappella version of Jodeci's "Love U 4 Life" just to get denied entry into the party. Femcee Siya makes an appearance, and the video ends with a steamy scene in the bedroom with a new friend.

Perhaps one of Tank's more risqué videos, it gets the point across; he and his fellas want to have a good time and want you to love it as much as they do. Tank dropped his album Sex Love & Pain II back in January, and we're curious to see what else he has in his arsenal while he's not working on NEW EDITION: THE MOVIE, his label R&B Money and more. Until he decides to reveal his new projects, watch the video for "I Love Ya" with Yo Gotti below and see if you love it.


TAGS:  12:Til, Floyd Mayweather, jackie long, jodeci, new edition, Siya, tank, Yo Gotti
Previous: Jamie Foxx Channels Future As Past In ‘I Got Verizon’ Commercial Next: Tony Momrelle Keeps Pushing With ‘All I Need’