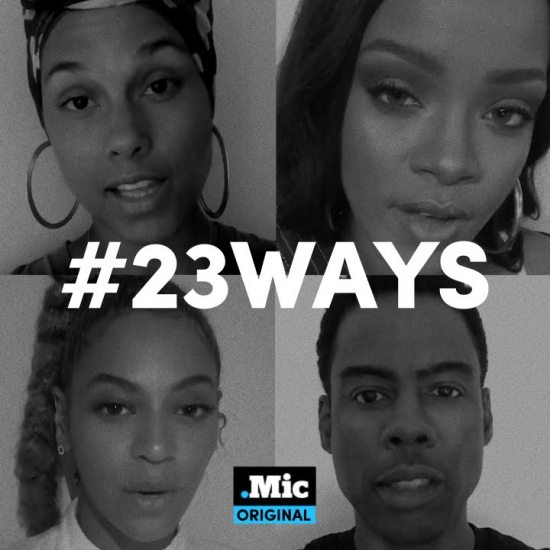 This isn't a dream, this isn't a phase, this isn't the past. The fight for Black lives is real and being waged in real time today. After the constant stream of tragedies that occurred last week, especially the deaths of Alton Sterling and Philando Castile, Mic.com senior staff writer Jamilah King wrote the article "23 Everyday Actions Punishable by Death if You're Black in America." The list puts into perspective the simple actions that have resulted in the deaths of far too many Black men and women at the hands of the very people sworn to protect them.

Alicia Keys took inspiration from the piece and gathered celebrity friends like Beyoncé, Pink, Rihanna, Chris Rock, A$AP Rocky, Common, Jennifer Hudson, Jada Pinkett Smith, Chance the Rapper and many more to read the many insignificant reasons for which people have lost their lives. While reading King's piece is heartbreaking enough, seeing these celebs put their message where their mouths are will hopefully drive home for some that this isn't just a Black problem or a Blue problem, but a serious issue that will take all of us raising our voices in protest and solidarity to solve.

In addition to the video, the celebs have also partnered with the We Are Here Movement to raise awareness about issues of racial justice and inequality. Watch the powerful video below and then head to We Are Here's website to see how you can help make a difference.