Bell Biv Devoe Is Back To ‘Hypnotize’ Us With ‘Run’ 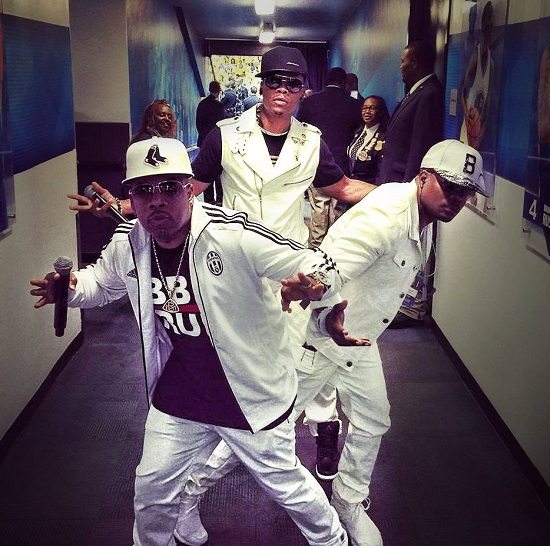 With a biographical miniseries about their career coming to BET next year and their recent appearance onstage at this year's ESSENCE Festival, it's safe to say that New Edition fever is back. But lest we forget, the five- (sometimes six-) piece pioneering boy band is known just as much for their careers when they spun off from the group as they are for when whole band is together. Perhaps the most successful spin-off was the combination of Ricky Bell, Michael Bivins and Ronnie DeVoe known simply as Bell Biv Devoe (or even more simply as BBD). The trio looks to be ready to capitalize off the NE nostalgia by reuniting for a new project and have dropped new single "Run" to announce their return.

"Run" finds the fellas in fine form, with their vocals and flows still intact. They use a slick sample of The Notorious B.I.G.'s "Hypnotize" (which, itself, sampled Herb Alpert's "Rise") to talk to a girl who just can't seem to accept their love. They take advantage of the groove, riding it with harmonies that take us back to their '90s heyday as they sing about all the things they do for their ungrateful lady. Later in the track, Mike and Ronnie trade flows, borrowing Biggie's cadence from "Hypnotize" and even a few of the lines as they hint at past hits like "Poison" and even add in an Empire reference to keep things modern.

While it'd be hard to recreate the magic they achieved way back when, "Run" is still worth at least a spin or 10 and will definitely have you nodding your head as you listen. Give it a listen below and then let us know if you're feeling BBD's return.