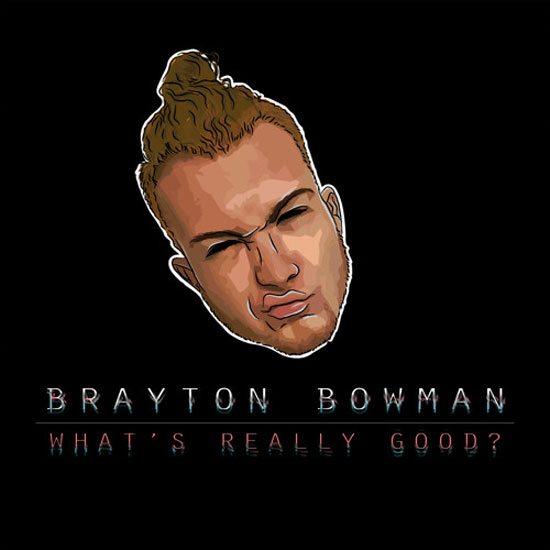 After releasing original music at a steady clip throughout 2015, our Bounce-Worthy bae Brayton Bowman has kept us waiting for more for much of this year. He tided us over in March with the banging mashup/rework "It's Gonna Be Rih," then lent his vocals for The Magician's EDM joint "Shy," but otherwise he's been ghost from our 2016 playlists. Well, that's all about to change with the release of some new heat for the summer from Bowman with his song "What's Really Good?"

"What's Really Good?" is first single from Bowman's upcoming EP, 22 Minutes Later, which is the third in his three-EP series that includes Here | Now and The Update. On "What's Really Good?" Brayton pops off on how lame those who flaunt their fortune and fame are when there's real life ish to focus on. "It ain't all about what you got / Stop trying to be something you're not," he expresses how unimpressed with your flossy shenanigans he is on the chorus to drive his point home over keys, pulsating synths, a tuba and a variety of electronic blips, bleeps and other assorted flourishes. That electro funky soundbed is provided by none other than MNEK, who can be heard speaking at the very beginning of the track and who produced the song as well as the rest of the EP. The combination of Brayton and MNEK is once again a winning one on this song that combines soul with biting social commentary.

22 Minutes Later will be released in the fourth quarter of this year, but if you know what's really good for you, you can get down with Brayton Bowman's get down on "What's Really Good?" right now while you wait. If The Magician and Brayton's "Shy" collaboration slipped past you, you can check that out right here as well.