denitia and sene. Are Back With ‘olive.’ 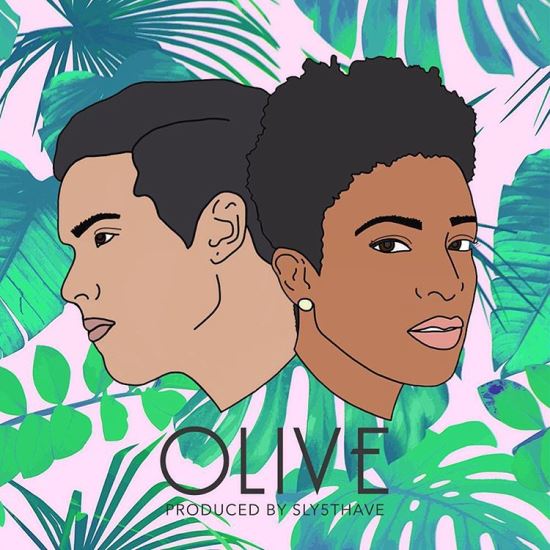 It's been over a year since Brooklyn-based duo denitia and sene. have blessed their fans with a joint project, but make no mistake, both have been quite busy since they released the side fx. EP last March. In addition to lending her ethereal vocals to IGBO's debut, Denitia Odigie introduced us to her recording alias Adesuwa with her own dreamy debut Air Light. Meanwhile, Brian Marc continued to flex his production muscles as Sene while furthering his acting career in the Sundance-endorsed drama White Girl. He's also currently prepping for his own release, The Extraordinary Pleasure of Being Someone Else.

It's a miracle the twosome found time to head back to the studio together, but with a musical chemistry like theirs, it was inevitable. Now, with the help of music wiz Sly5thAve, they've blessed us with a full-length preview of their latest track "olive." ahead of its official July 7th release. Nostalgic waves of '80s funk and electro-pop flow through the synth and bass led jam. Percussion and guitar keep the groove steady while occasional cameos from the horn section imbue the song with vibrant cool. Denitia captivates with silky vocals while Sene has fun showing off his rap skills (the first time he's done so on a d&s project). It's safe to say the talented pair brought the heat with this one, making it a must-have for any summer playlist.

"olive." is available for pre-order via iTunes. But while you wait, scroll down to catch up on side fx. videos for "runnin'." and "the fan.," check out Brian Marc's first single "Let Your Lover Go" via Soundcloud and be sure to get your copy of Adesuwa's Air Light via BandCamp. You can also keep up with denitia and sene. via their website and Twitter.


TAGS:  Adesuwa, audio, Brian Marc, denitia, denitia and sene., Denitia Odigie, IGBO, sene., Sly5thAve
Previous: Nicholas Ryan Gant Has A Powerful ‘Question’ For Us All Next: Morning Soul: Could You Roll With A Cat Like Me?