Esperanza Spalding Graces Us With Her ‘Unconditional Love’ 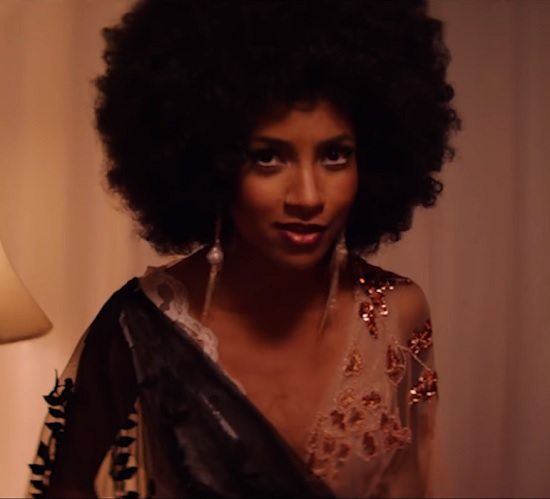 Esperanza Spalding pulled off a daring creative feat when she released Emily's D+Evolution back in March. While it has many standout tracks on it, perhaps one of the fan favorites has the been the beautiful and sweet "Unconditional Love." A ballad about flipping the script on the traditional love narrative into something that two lovers can write and create as they go. The song by itself, with Esperanza's sugar-coated vocal and funk-meets-jazz undertones, is more than enough to woo even the casual music listener, but Esperanza does us one better by giving us a captivating visual to go with it.

The clip gives us a behind-the-scenes look as Esperanza gets glammed up for a performance. The songstress looks regal, with her lush 'fro softly bouncing as she moves while a beautiful dress hangs on her perfectly. People behind the scenes buzz about as she walks through the halls, with stylists, makeup artists and assistants fawning over her as she gets ready to hit the stage. But suddenly the lights flicker and the regal Esperanza is nowhere to be seen. In her place is her spunky, bespectacled alter ego Emily. She steps through the curtain to reveal a city rooftop where she and her beau engage in an intimate and playful dance, with the video closing on the two of them in a tight embrace.

It's a beautiful work that shows that love is never what you expect it to be, but it's beautiful all the same. Take a peek at the clip right here and, if you haven't already, pick up Emily's D+Evolution, which is available now.

Previous: Syleena Johnson’s The Weight Is Over Blog: Have Your Cocktails & Lose Weight, Too Next: Toni Braxton To Take Her ‘Hits’ On The Road This Fall