Kehlani’s Bounce Back Game Is ‘CRZY’ 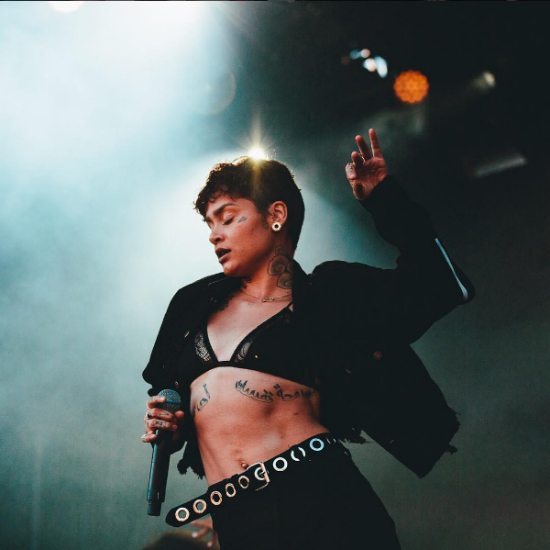 For up-and-coming R&B songstress Kehlani, life ain’t been no crystal stair. In addition to her already rough beginnings of growing up in Oakland without her parents, the past few months, filled with cheating allegations, depression and a suicide attempt, haven’t been easy to say the least. As an artist, Kehlani has found refuge and therapy in her craft as a singer, strumming her pain away just a few weeks back on the song "24/7." Now she’s back with a song dedicated to her strong sense of self and her resolve called “CRZY.”

On “CRZY,” Kehlani adopts a flow similar to Atlanta rap artists Migos, waxing poetic about people underestimating her talent and drive, reciting, “They be tryna count me out though / I'm just countin', countin' blessin's.” The song features heavy drum and bass, along with a healthy dose of bouncy synths. Overall, "CRZY" is a personal affirmation of Kehlani's strength in the face of life's great challenges, meeting the world head on with phenomenal energy and passion.

There isn’t any information on whether “CRZY” is the first single from Kehlani’s debut album or just a loosie. However, Ms. Parrish has been promoting tracks and posts with the hashtag #SSS lately, so there is definitely something in the pipeline. We’ll keep our eyes and ears peeled for more information, but until then, get "CRZY" with Kehlani right here.


TAGS:  audio, Kehlani, Migos
Previous: Alicia Keys Highlights The Refugee Crisis With Gripping ‘Let Me In’ Short Film Next: Listen To Jamie Lidell ‘Walk Right Back’ Into Our Lives