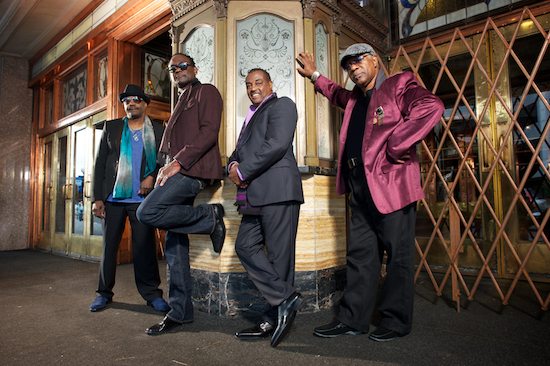 It's been a couple of years since we last heard anything new from funk and soul outfit Kool & the Gang. Although they haven't been releasing new music, they have been keeping busy on the road with their current multi-city Keepin' The Funk Alive Tour that features Bootsy Collins, Doug E. Fresh and Morris Day & the Time. Well, the guys have finally made their way back to the studio and the result is "Sexy (Where'd You Get Yours)."

For their return outing, the guys deliver an uptempo number that is heavy on the bass and the groove. While good enough, the song feels lackluster when you take into consideration the fact that this is the same group behind classics such as "Celebration" and "Jungle Boogie." This could largely be due to the fact that James "J.T." Taylor, the vocalist behind the band's biggest hits, left the group in 2001. While the new vocalist is decent, he certainly is no J.T. and it shows. Even though Kool & the Gang's return to the scene is far from perfect, for those true blue fans, "Sexy (Where'd You Get Yours)" will hopefully provide enough of a funk injection to satiate their appetites.