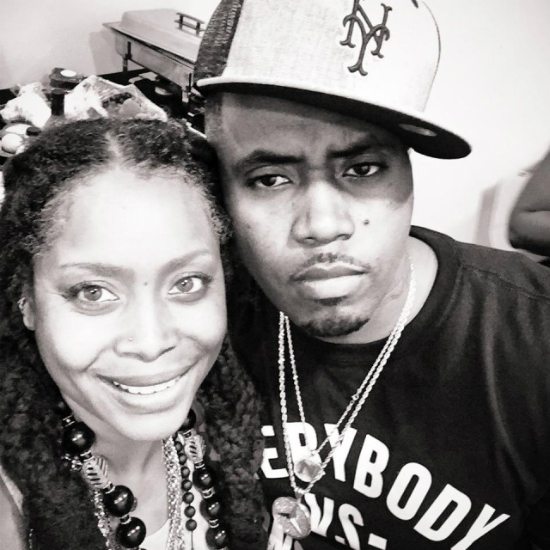 Nas and Erykah Badu have joined musical forces for the moving, symphonic track "This Bitter Land." The new single appears on the soundtrack for The Land, a movie also starring Badu about four teens who try to escape poverty by any means necessary in Cleveland, Ohio. The cast and stars of the movie are currently doing press for the film, which is also co-executive produced by Nas, and now we're getting this taste of the soundtrack.

The single is moody and harkens back to Billie Holiday's "Strange Fruit" as Erykah Badu channels her inner Nina Simone. The instrumentals in "This Bitter Land" steal the show and effectively illustrate the desperation heard in Nas' timely lyrics. "Yeah, running on the concrete across the train tracks / The devil is behind me / In the ghetto's where you'll find me, it's where I stays at / Cop shot us up, he get a medal then retire / But it never will define me / Write a letter to the president, whoever in control of the society," he poignantly raps. When Ms. Badu croons on the chorus, she adds a tinge of hope as she sings, "This bitter land can't stop my fight," in her signature sweet voice.

We won't have to wait much longer to see The Land or hear its soundtrack as both debut on Friday, July 29th. The album features Kanye West, Pusha T, French Montana, Jeremih, Dave East, Alina Baraz, Nosaj Thing and more. If Nas and Erykah Badu's "This Bitter Land" moves you, you can pre-order the single and The Land soundtrack now. Listen to the song and watch the film's trailer right here.