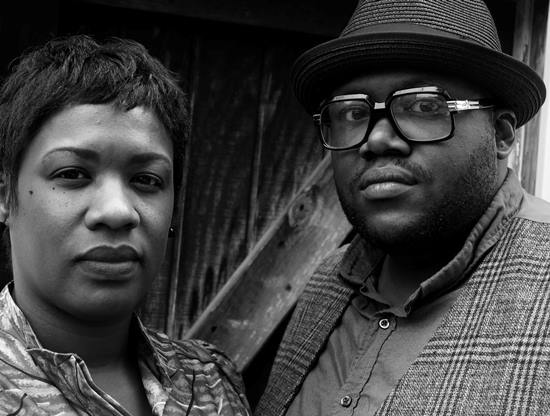 The tragic events of last week have reopened a gaping wound in this country -- one that even time may not be able to heal. And though we are perpetually frustrated, hurting and just plain tired, life still goes on, forcing us to find ways to cope lest we get caught in the vicious undertow of these days and times. To that end, music has become an integral part of our collective therapy. Several artists have already lent their voices to the cause. But this latest track, "I Ain't Gon Make It Home Tonight," from indie outfit The War and Treaty truly speaks volumes.

Initially formed by husband-and-wife duo Michael Trotter, Jr. and Tanya Blount (yes, that Tanya Blount), they officially became a trio last year with the addition of cellist Thillman Benham. Trotter (who also serves as keyboardist) and Blount normally share vocal duties, but the soulful songstress steps aside for this particular song. Instead, the Iraqi War veteran delivers a powerful "first-person" narrative with haunting lyrics and compelling vocals. "I ain't gon' make it home tonight, 'cause somebody done shot me down," Michael Trotter sings. Your heart can't help but break when he continues, "So hold my kids just a little tighter / Tell 'em I was no criminal." But it's the raw, guttural wail towards the end of the song that really drives the point home in a place where words fail.

Please listen to (and share) the poignant song, then watch the minimalist yet thought-provoking video below. Though the original duo released a debut album (Live At Blue House) in early 2015, they have yet to do so as a trio. Thankfully, they have plenty of good music to tide us over until then. Visit their website to learn more about this amazing group. Then head to iTunes or Amazon to purchase their current single "Hi Ho," download their free EP Live on WMNF 88.5 with Amy Snider and visit their SoundCloud page for more ridiculously good music.


TAGS:  audio, Michael Trotter Jr., tanya blount, The War and Treaty, Thillman Benham
Previous: Chance The Rapper Performs ‘Rock’ Solid Tribute To Muhammad Ali At The ESPYs Next: Tinashe Is Back To Give Us Some ‘Superlove’