Usher & The Roots ‘Crash’ In Slo-Mo On ‘The Tonight Show’ 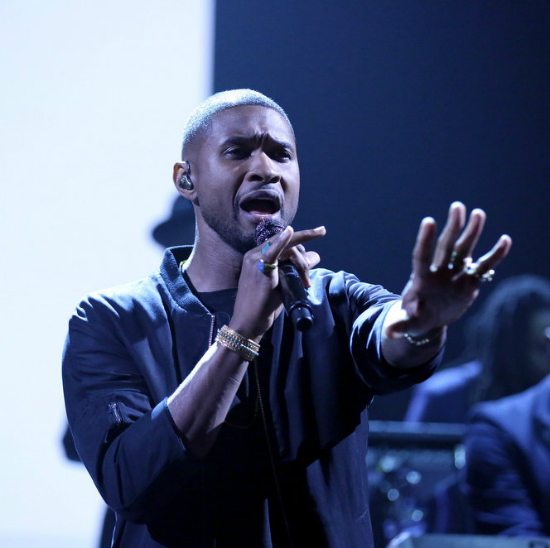 Usher and The Roots performed a special set on The Tonight Show Starring Jimmy Fallon that had them moving as slow as molasses. The singer and band performed his single "Crash" entirely in slow motion, yet somehow still remained in sync with the music. The "Nice And Slow" crooner has been gearing up for his latest album and has a movie coming out in just a few weeks, so it's no wonder he wanted to slow things down a tad during the late night performance. While the idea of watching someone perform a three-minute track in slow motion sounds as exciting as watching paint dry, it's fascinating to watch both Usher and the band accomplish it effortlessly. Also, Usher is a beautiful and talented subject and we can catch every intricate move in his arsenal while he performs the sultry pop/R&B single, so we're not complaining. Ever the consummate performer, he continues his slo-mo act when Jimmy Fallon congratulates him at the end of the set.

Besides performing magic during his shows, Usher has been flipping between his two singles "No Limit" and "Crash," and he's lining up a few items for the rest of the year. He'll be playing Sugar Ray Leonard in Hands of Stone, which hits theaters on August 26th, and then performing at the Global Citizen Festival along with Rihanna and Kendrick Lamar in September. We're still trying to find out when his upcoming album, Flawed, is set to arrive, but it's allegedly coming later this year. What we do know is that we're happy Usher is creating new music, movies and moves and can't wait to see what else he decides to bless us with.