V. Bozeman Sounds Off For #BlackLivesMatter With ‘Dear Officer’ 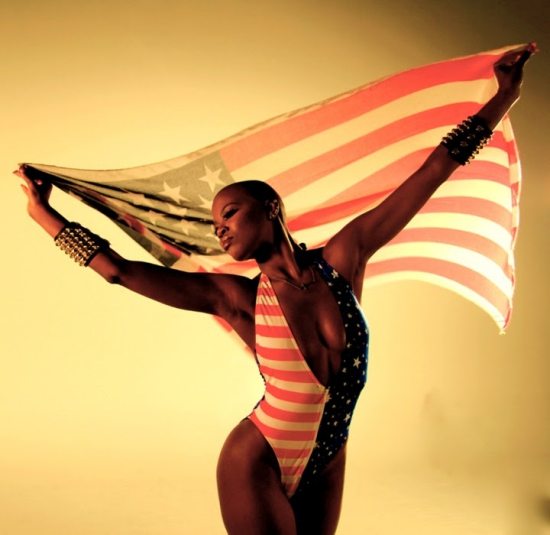 As the injustices continue to pile up and civil unrest continues to build, more and more artists are speaking out against police brutality and the current political climate via song. Yesterday, we brought you Victoria Monet and Ariana Grande's contribution, which joined songs by Jay Z, Miguel and MAJOR and Amber Riley. Now Los Angeles-based soul singer V. Bozeman adds her powerful voice to the number with her politically charged single "Dear Officer."

The spirit of the song is evident from the very beginning, as the song opens with an excerpt from a Malcolm X speech about police brutality. Then, over a sparse musical backdrop of solemn chords and police sirens, V. vocalizes her frustration and sadness with what's going on in America today. “Dear officer, will you let our husbands walk away, will you let our brothers live today, can our sons go outside to play," she sings on the chorus. "Dear officer, without getting shot up, even though they got their hands up…” Driving the point home is featured rapper Young Life, whose verse ushers in a trap style beat as he details his existence as black man and his relation to the boys in blue. The song is very emotional, with the sound of V. crying as she sings kept in the mix to really drive home that she means what she sings.

As with the other protest songs that have been released and are being created, we hope that V.'s message doesn't fall on deaf ears. Listen to her harrowing plea for change below.


TAGS:  amber riley, Ariana Grande", audio, Major, malcolm x", miguel, V. Bozeman, Victoria Monet, Young Lyfe
Previous: Morning Soul: Something Got A Hold On Me & It Must Be Love Next: Muhsinah Keeps It Hot With ‘June’