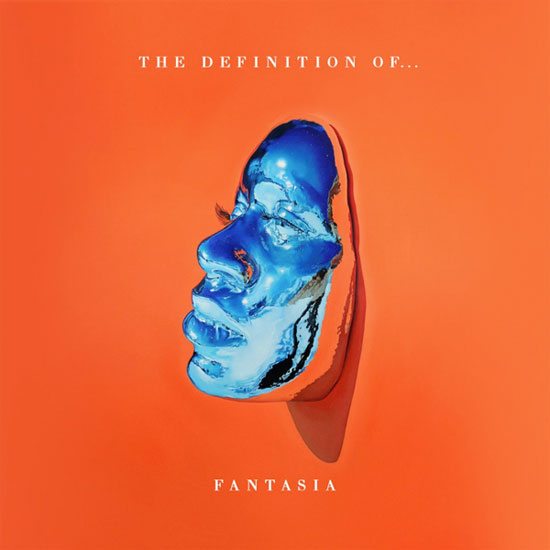 For her latest album The Definition Of…, Fantasia seeks to invoke the spirit of the "every woman," calling herself “the definition of love, of strength – a fighter.” She sets out to share all that she is on this collection, with executive producer Ron Fair, who has produced chart-topping hits for Christina Aguilera ("Beautiful"), Mary J. Blige ("Be Without You"), Black Eyed Peas ("Let's Get It Started") and many more, guiding her along. Together, they create a winning combination on this project that empowers and elevates Fantasia's artistry.

The album blasts off with the song “Crazy,” produced by Jerome "J-Roc" Harmon. It’s an uptempo track seasoned with her trademark rock-soul elements like guitar riffs, upbeat percussion, record scratches and occasional horns. The bridge features plush harmonies and ad-libs aplenty while the chorus affirms that in order to win Fantasia’s heart, “You gotta be crazy to be in love with me / You gotta be crazy just like me.” Later, Fantasia confidently asserts, “I wanna live how I live, let them say what they say.” In light of all she has overcome in the harsh spotlight of fame, she seems to have gained a new sense of purpose — one that doesn’t readily include superfluous perceptions of who she might be. The track fades out into some jazz-inspired instrumentation that sets the tone of the project.

After that exciting start, we arrive at Brian Kennedy helmed “No Time for It.” The mid-tempo lead single (apparently the record label’s choice) comes off as more album filler here. Despite the lackluster (compared to the rest of the album) track, Fantasia continues with her theme of confident affirmations with lyrics like, “I don’t care for gossip,” which speak to the singer giving no damns about the world’s opinions of her. “So Blue” features co-writing and production from EP Ron Fair. This track showcases organic-feeling instrumentation with deep bass and an almost minimalist approach that allows Tasia’s voice to hug each note about revenge and regret. The result is a harmonic synchronicity between the two. This seems especially magical where instead of heavy instrumentation we find Fantasia’s stacked background vocals carefully placed to create a layer of production all their own.

"So Blue" smoothly fades into “When I Met You,” which is for those missing the Fantasia of American Idol and needing a catchy pop/R&B love song from our fearless shero. Delivering one of our favorite lyrics on the project with the simple statement, “When I met you I met me, too,” Fantasia soars on this musical love letter to her husband. The sweet sentiments even carry over to her ex as she shouts him out. “Without him there would be no you / So yes, I thank my ex a little still / Cause without him how would we know this love is really real?” she sings, ultimately thanking him for taking her through life lessons that enabled her to appreciate her Mr. Right.

"Sleeping With the One I Love" is easily the standout track on the album. This is Fantasia at her absolute best, soulfully wailing over dramatic instrumentation. The R. Kelly-penned and -produced track is steeped in down-home blues, which is a thankful departure from his recent creations for his own projects. The third single from Fantasia's album is a sonic cousin to Brandy's comeback track "Beggin & Pleadin," but Tasia kicks it up several notches with her unmatched vocals.

After the high intensity workout of "Sleeping With the One I Love," Fantasia cools things down with "Stay Up." The smooth, chill vibe of the track is complemented by a subdued vocal from Fantasia who is joined here by Stacy Barthe. The artist currently known as St. Barthe also co-wrote this feel-good record with Dylan Wiggins, and it manages to inspire and uplift without being obvious about it. Fair and Wiggins handle production on what could be considered Fantasia's first neo-soul song, once again breaking away from a genre-specific approach on this album.

To that end, Fantasia then switches things up yet again with the surprising inclusion of the country song “Ugly.” Fantasia delivers a solid performance on the ballad, but the song almost feels out of place — or at least out of sequence between "Stay Up" and "Wait For You," a pop dance track. “Wait for You” begins with a lengthy conversational intro, but once the song gets going, it goes with its nostalgic, '80s throwback British pop music feel.

“Roller Coasters” has a lot going on. The oddly-paced track paints a very colorful picture of a girl trapped in the never-ending motions of a tumultuous love affair. Aloe Blacc channels Bone Thugs-N-Harmony for his rap verse that seems perfectly imbalanced against Fantasia’s vocals. All of this is suddenly interrupted by a guitar solo before fading out with bluesy, soulful ad-libs from Aloe and Fantasia.

Anyone who's ever wanted Fantasia to get in touch with her inner Tina Turner gets their wish on "Living Legend." Tasia adopts the raspy register and raw power of the living legend herself. Fantasia is rolling deep on this stunning tribute to Tina that effortlessly blends the rock-soul aesthetic of both singers. This song has potential to be a crossover hit and will come alive in performance. Listening to "Living Legend," one can picture Fantasia and her background singers doing their best impression of Turner and The Ikettes.

For the final track “I Made It," Fantasia called on modern gospel great Tye Tribbett to close the album out with a testimonial praise. The two singers go toe-to-toe and note-for-note on this uplifting praise party that ends with the performers getting caught in the spirit and continuing to worship long after the music fades out. Co-producers Fair, Tribbett and David Outing pull out all the stops for this catchy gospel number from our ever-evolving star to bring this album to an uplifting, upbeat conclusion.

On The Definition Of..., Fantasia has never sounded so confident and powerful. The addition of Ron Fair to her team has been one of the best moves yet in the singer's career, and it's obvious on the project's production. Some sequencing issues and the inclusion of a couple tracks that could have been left behind don't take away from an overall excellent offering. Fantasia's talent is as multifaceted as her life is, and The Definition Of... finds her flaunting her unique ability to sonically do anything she puts her mind to.

Fantasia The Definition Of… [Amazon][iTunes][Google Play]