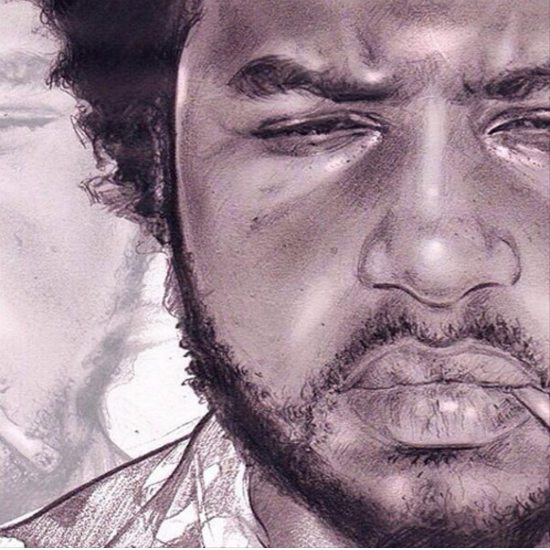 GRAMMY Award-winning producer, anime lover and reclusive genius James Fauntleroy continues to tease us with a steady stream of releases via SoundCloud. There’s no album, hint of a mixtape or secret project in sight; it’s just music for the sake of music. Not that we’re complaining. Especially when it’s this good as his latest pair of releases, “Wrong Way Map” and “Harmless Drugs.”

“Wrong Way Map,” is a pop country-western song about finding your own path in life. Following the tried and true path can get boring and often be less than gratifying. James brings the point home with creative lyrics such as, “Sometimes we lie right to the mirror / And our reflections try to let it slide because it’s easier.”

On the flip side, “Harmless Drugs” is yet another song using love as a euphemism for drugs. While this territory has explored extensively, Fauntleroy still makes it sound fun. The production, composed of squeaky, extra heavy synths and not much else, is a funky ‘80s jam reminiscent of Prince.

While an official James Fauntleroy project doesn’t seem to be in the cards any time soon, we’re happy that the musical maestro sees fit to share b-sides, unreleased tracks, songs passed on by other artists and other gems from his table. Take a listen and add this pair of treats to your playlists.


TAGS:  audio, James Fauntleroy, prince
Previous: Will You Be An Audience To Shanice’s ‘Breakdown’? Next: SoulBounce Live: Future Live At Verizon Center, 8.19.16