Get ‘Into’ This Ariana Grande & Mac Miller Remix 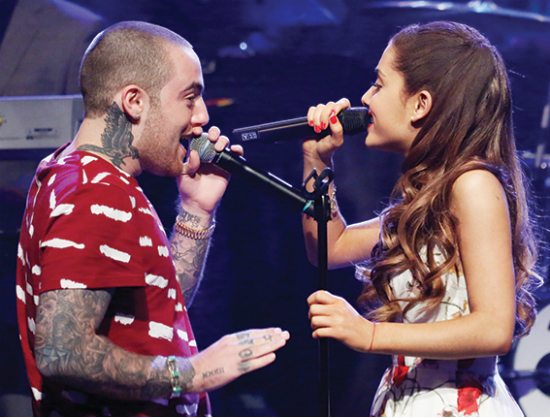 Over the weekend, our favorite pony-tailed songstress Ariana Grande took to SoundCloud to reveal the remix to her single "Into You." This new version features rapper Mac Miller on the smooth R&B cut just in time for a quick end-of-summer romance. Compared to the original, the remix has an extra dollop of soul, a sprinkle of trap and a lot less dance. Mac Miller adds his witty bars at the one-minute mark, adding more tongue-in-cheek to the track that Ariana couldn't quite muster. The duo already have great chemistry since they collaborated on her 2013 single "The Way" and on the "Into You" remix, their chemistry compliments the track, which is a cute departure from the original offering.

The petite chanteuse just announced that "Into You" from her 2016 album Dangerous Woman was in the Top 10 on iTunes this weekend, and we're pretty convinced the remix played a huge assist. Listen to Ariana and Mac declare their love on the remix for "Into You" right here and decide which version you like better. If you can't get enough of Ariana and her velvety vocals, watch the lyric video she just dropped last week for the original track where she sings beautifully in a cappella.


TAGS:  Ariana Grande", audio, mac miller
Previous: Norah Jones Enchants Us With ‘Carry On’ & Prepares New Album ‘Day Breaks’ Next: Kehlani Gets Her Harley Quinn On In The Visual For ‘Gangsta’