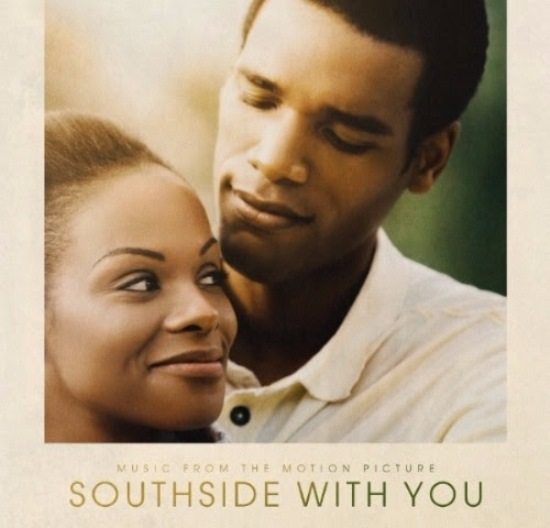 This may be President Barack Obama and First Lady Michelle Obama's final year in the White House, but our admiration of them is still going strong. Part of the reason is because as First Couple, their love and support for each other has warmed our hearts and given us the ultimate example of #RelationshipGoals. Unsurprisingly, their love story is one worth telling and Southside With You aims to give us a peek inside of their union by taking us back to 1989, where it all began in Chicago. The film, which opened today, is something we've been looking forward to since its buzz-generating Sundance debut earlier this year. But we're low key just as excited about the soundtrack, also released today.

When the official trailer was revealed back in April, it gave us our first hint of what to expect with Janet Jackson's "Miss You Much." Other iconic soul/R&B favorites from various eras are featured on the Southside With You soundtrack as well with selections from Bill Withers, Teddy Pendergrass, Al B. Sure!, Slick Rick, Soul II Soul, The Delfonics and Martha Reeves & The Vandellas.

The soundtrack also includes a new original tune, "Start," by the film's executive producer John Legend. The singer/songwriter can make us groove on the dance floor or raise our fists in solidarity, but his ballads are truly something special. Upon first listen, you'll know that this song is destined to join "Ordinary People" and "All of Me" as a fan favorite. When his emotive falsetto sings, "I don't know where the road leads / You don't know if I'll break your heart / And we won't know / We won't go unless we start," we can't help but sigh. Once again, John has captivated us with intimate, personal lyrics and a lush, moving piano arrangement.

Inspired after an early screening of the film, John felt compelled to pen the love song. In a recent interview for RogerEbert.com, John shared, "I was really in the feeling of the film...And I wanted to write something that was intimate, because the whole film is very intimate to me. Even though they’ve lived these big lives, this date, and the film, are both very simple and intimate. I wanted the song to feel like that, too." We wouldn't be surprised to see "Start" on several ballots come award season...and several wedding playlists as well. Listen to John's contribution to the Southside With You soundtrack below, peep the full tracklist and grab your digital copy via iTunes, Amazon or Google Play. Southside With You, starring Tika Sumpter and Parker Sawyers, is now playing at a theater near you.

Music From The Motion Picture: Southside With You tracklist: