Kehlani Decides She Wants A ‘Gangsta’ 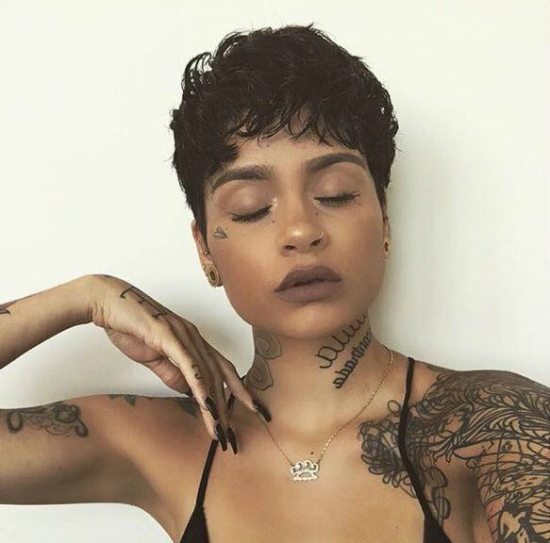 If you're a huge fan of DC Comics' Suicide Squad, you'll be happy to know the soundtrack is going to be just as trill as the movie. R&B songstress Kehlani just released her contribution to the grit of it all with her single aptly titled "Gangsta." She previewed the haunting track on Zane Lowe's show on Beats 1 radio.  In the moody single, she sings "I need a gangsta / To love me better / Than all the others do / To always forgive me / Ride or die with me / That's just what gangsters do." Not a stranger to darker days, you can hear it in the new track, which we're sure will go perfectly with the soon-to-be hit movie. The movie's director, David Ayers, hopped on the phone with Zane and mentioned he loved the song for its raw, broke and strong quality it added to the film, and how Kehlani "put everything on the line."

The Suicide Squad soundtrack also includes Lil Wayne, Wiz Khalifa, Rick Ross and Eminem among others. If that lineup is any indication of what you can expect, then you know that Kehlani fits right in as the song speaks to characters The Joker and Harley Quinn's romance.  If you like what you hear from Kehlani, you can stream "Gangsta" on Apple Music and pre-order it on iTunes. Kehlani's debut album is set to drop later this year but before then, listen to "Gangsta" and be sure to check out Suicide Squad and its soundtrack when they both drop on August 5th.