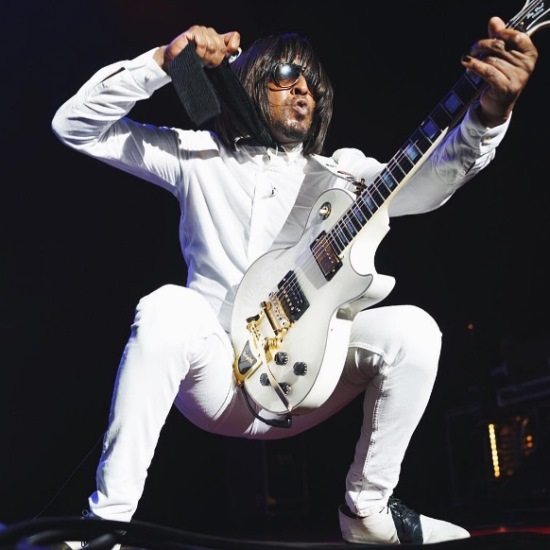 Talent runs deep in the Wondaland Arts Society family. Boss lady and Q.U.E.E.N. Janelle Monáe is perfection, while The Eephus crew (Jidenna, Roman GianArthur, Deep Cotton and St. Beauty) have earned permanent slots on our year-round playlists. But there's an integral "sixth man" on the Wondaland team who is long overdue for some spotlight shine. Kellindo Parker can be heard throughout all of Lady Jane's albums (he's even gotten a memorable shout out during "Cold War") and is her guitarist for performances as well. His ridiculous skills have allowed him to share the stage with icons like Prince and Nile Rodgers. And though the unsung (guitar) hero might not be a household name (yet), his debut single "Summertime" serves as a proper introduction.

The alt-R&B tune is a spacey, psychedelic groove. Waves of synth ebb and flow to create a relaxing effect, further compounded by the warm haze of Mr. Parker's laid-back vocals. The artist explains that the song "incapsulates my finding peace after some dramatically turbulent times." This feeling is beautifully conveyed through his mastery of the electric guitar as his fingers command the strings, giving us both lulling tranquility and fiery passion in the span of five minutes.

In addition to shredding the guitar, his musical gifts include songwriting, singing and composing. It's no surprise considering the fact that musical talent and Black excellence flows through his bloodline. His father, Kellis Parker, Sr., was a civil rights activist and the first Black law professor at Columbia University, plus an accomplished jazz trombonist. And his uncles, legendary saxophonist Maceo Parker and drummer Melvin Parker, are considered funk pioneers, well-known for their work with James Brown. Based on his track record so far, we'd say Kellindo is well on his way to ensuring his own place in music history.