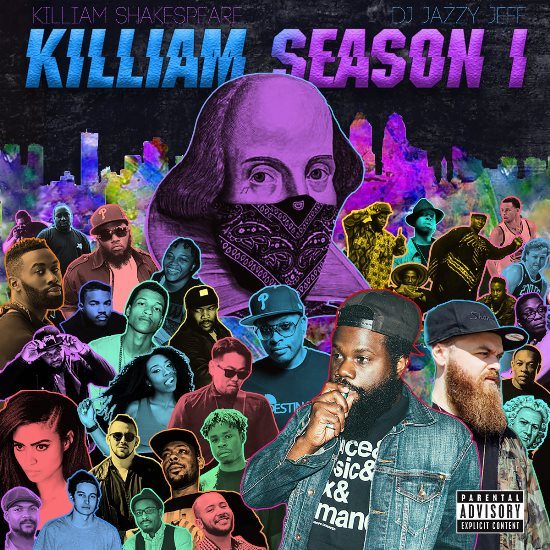 From a surface glance, Philly-based collective Killiam Shakespeare might be mistaken for talented newbies with a promising future in the biz. But a closer look reveals the true depth of artistic influence they've wielded over our playlists for the past several years, thanks to the combined experience of founders Steve McKie (drummer/producer) and Corey Bernhard (keyboardist/producer). After gifting us with both a holiday EP and eponymous debut album (which landed an Honorable Mention on our Best Albums of 2015) last December, the sonic savants are back to give the summer some with their new Killiam Season 1 mixtape in collaboration with DJ Jazzy Jeff.

Serving as the first installment of a planned three-part mixtape series,Killiam Season 1 is an inescapable mix of hip hop, R&B, trap and jazz with occasional flashes of classical composition and, of course, lots of Philly soul. In lesser hands, the musical fusion of so many distinct styles would sound chaotic and brash. But here, the band flexes their creative muscle and breaks free of genre limitations, allowing us to experience the full strength of their artistry.

Like their previous releases, the EP features an array of guest artists including Freeway, Aaron Camper, EST, Noel Scales, Cody Wise, Val Strasser and Lana Knight. Surprisingly, frequent collaborator Chris Turner is absent, but we suspect he'll be teaming up with Killiam again in the near future. Listen to the mixtape in full below, then download your own copy of Killiam Season 1 via Bandcamp.