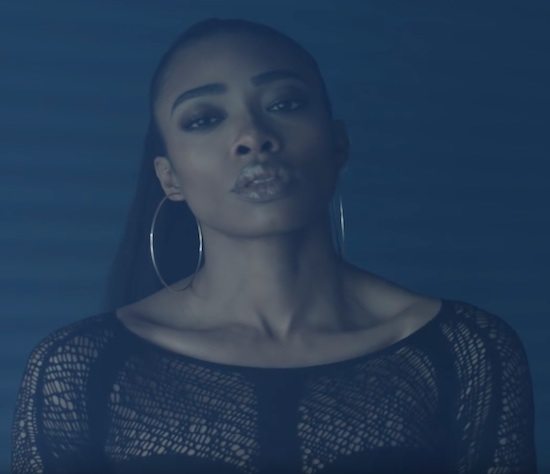 The name of MAAD's single may be "Black Ice," but the music video, like the alluring songstress, is smoking hot. You are sure to find yourself unable to avert your eyes from the clip, which is largely and very simplistically rooted in performance art. However simple the studio setting, the purple and red smoke or the varying dance sequences, there’s obviously something very special about MAAD, who is also known as MAAD*Moiselle. The song itself feels very old-school-meets-new-school as it features her lush voice set against vampy electronic production that smoothly transitions several times during the track. The tune instantly puts one in the mind of '80s cuts by Vanity 6 or Pebbles or '80s-inspired act Electrik Red. Though rooted in the past, the catchy song has elements where we find MAAD “slippin’, slippin’, slidin’” right into contemporary grooves.

The je ne sais quoi surrounding this brazen chick made us instantly go into full-blown research mode to find out more. We quickly learned that there’s a good reason we couldn't keep our eyes off of her in the new video—she’s a model that has graced the pages of magazines like ESSENCE, Seventeen and Women’s Wear Daily for brands like L’Oreal and Anastasia Beverly Hills and worked with fashion designers like Kenzo. MAAD*Moiselle also spends her spare time spinning as a DJ, and she even shares what she playfully calls her “MAAD Mixes” on her SoundCloud account.

In addition to her professional pursuits, the singer/songwriter has written music with the likes of Claude Kelly and Jared Cotter. Having dropped her first single, “Glitter,” in 2011, she’s since released a slew of tracks including her first mixtape in 2014, Indigo. “Black Ice” is preceded by the single and video for “Sweet & Low,” which dropped back in January. Having garnered endorsements from MTV, VIBE, Solange’s Saint Heron and Janelle Monáe’s Wonderland Arts Society, her glow up is real. MAAD is breathing new soul into the R&B/pop music scene, and we can’t wait to hear more when she releases her EP slated to drop later this year. Until then, get into her the "Black Ice" video right here, and you can find all things MAAD on her official website. “Black Ice” is available now on iTunes. 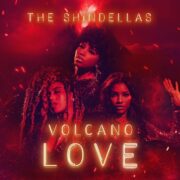