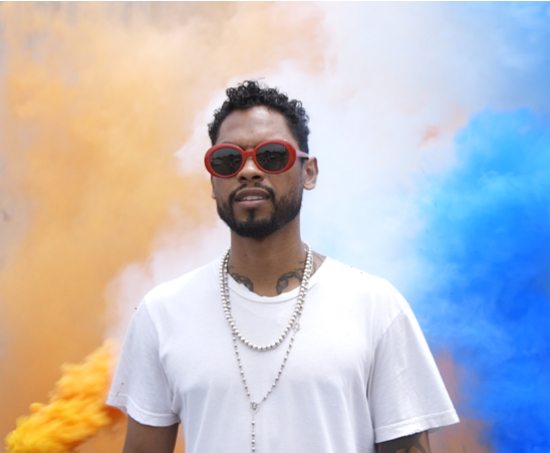 We often see and hear the final product from an artist but rarely do we get to understand how they made it to the finish line. Thanks to NPR Music, however, we now have an inside look into artists' creative processes through their new documentary series, Noteworthy. The first episode of the series has premiered, and it features eclectic R&B crooner Miguel, who has undoubtedly perfected his own brand of psychedelic soul to build a large following and consistent flow of creativity. He sat down with NPR Music in his L.A. home and studio where he candidly talks to host Jason King, curator of NPR Music's R&B stream I'll Take You There, about his life.

The two discussed fun topics like why Salvador Dalí is on his wallpaper and deeper issues like Black Lives Matter and how artists should reflect the world around them. Miguel also got sentimental, discussing his dad taking him to the beach as a child and strumming on his guitar at family gatherings, which inspired him to write at an early age. About his work ethic, Miguel follows the principal "Excellence is not an act but a habit," which is tattooed in Spanish on his chest. Miguel also talks about taking in ideas, film, art and relationships to find the inspiration to churn out a hit like "Adorn" in just under three hours.

Along with what inspires his creativity, the NPR documentary also confirms that Miguel is working on his fourth album. He recently released the stunning demo for "How Many," and we're anticipating more songs that blend soul with social justice on his upcoming projects. If you like what you see so far, Noteworthy is set to feature Alicia Keys, Maxwell and Anthony Hamilton in upcoming episodes. According to a press release, new video features will be released every Wednesday on NPR Music over the duration of the summer. Until we delve into the next artist's creative process, watch Miguel's Noteworthy and get to know the smooth crooner from the beachfront of San Pedro.