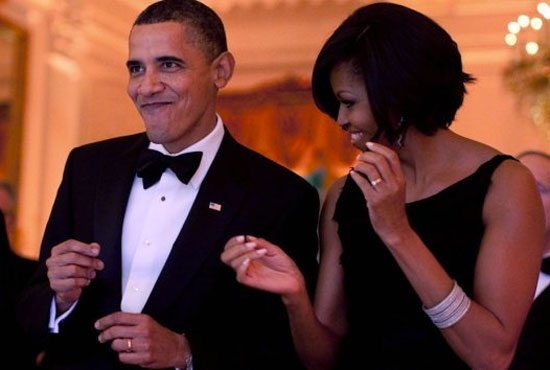 It has often been said that when it comes to the President of the United States of America, people vote for the guy they’d like to have a beer with. However, judging by the musical tastes of the 44th President Barack Obama, he’s also someone we’d like to DJ our next function.

Last year, the White House made its inaugural Spotify playlists, with our main man Barry showing off his skills as the premier tastemaker of the free world. What makes Obama’s selections so special is that, while they are definitely Black, they are also reflective of the people and cultures that make our country such a melting pot or tossed salad or whatever the current trending vernacular is to describe a heterogeneous population with a little rock, pop, jazz, hip hop and a whole lotta soul.

Once again, the POTUS has created two different playlists: a daytime playlist suitable for day parties on the White House lawn and a nighttime playlist for those special evenings in the Lincoln bedroom. While last year’s playlists included everyone from Bob Dylan to Bob Marley to Erykah Badu, this year POTUS mixes it up with Wale, Janelle Monáe, Common and Jidenna because he, too, is a "Classic Man" by day, and for his night moves he sets the mood with classics from D'Angelo, Anthony Hamilton, Ledisi and Janet Jackson before sealing the deal with Floetry's "Say Yes." Yes, indeed!

Since the White House launched their Spotify account in 2015, we’ve been treated to a number of great playlists from the First Family and friends, including FLOTUS Michelle Obama’s International Day of the Girl playlist and even some holiday cheer from the homie Vice President Joe Biden and wifey Dr. Jill Biden. While current presidential candidates Senator Hillary Clinton and that other guy both have Spotify playlists, we're not sure they'll be able to cold rock a party like DJ Barack Your Body and Chelley Chelle, so this might be the last hurrah. These playlists are a great way to close out the summer or a presidency and will ensure the good times keep rolling long after both end.

Pour yourself a tall glass of lemonade and listen to these poppin' presidential playlists right here to hear how POTUS gets down.