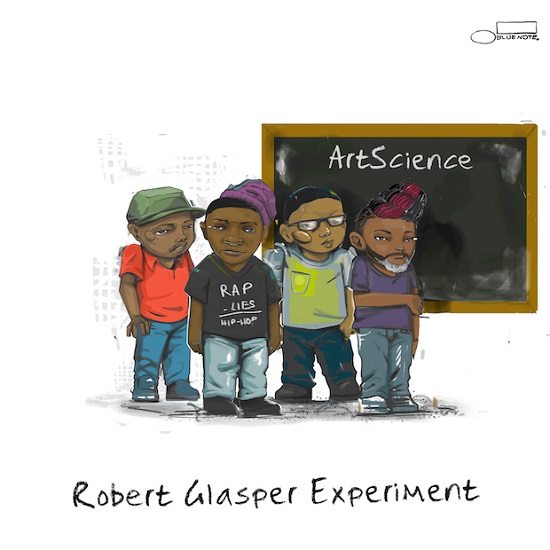 Over the past two years, Robert Glasper has released his album Covered with his trio, helped produce the companion piece to the Netflix documentary What Happened, Miss Simone?, entitled Nina Revisited...A Tribute To Nina Simone, and also found time to release Everything's Beautiful, his collaborative effort in tribute of jazz icon Miles Davis. That would be a lot of output for anyone, but if you thought that meant that Mr. Glasper was going to take a break, you'd better think again. Glasper has lined up yet another release, this time with his group Robert Glasper Experiment. The quartet will be releasing their new album ArtScience next month, and to get us prepared they have dropped the set's first listen, "Find You."

If you were expecting to find the R&B/jazz fusion from the Experiment's Black Radio records, "Find You" is not that. Instead, the track finds the group aiming for slightly different territory as "Find You" sees them adding distorted, electronic elements into the mix, creating a sound that reminds us of Atlanta-based crew Jaspects. That's not the only thing new here, though, as bassist Derrick Hodge steps to the mic to provide lead vocals, adding an unexpected touch of smoothness to the proceedings as he sings the song's plaintive lyrics. Adding to the experience is a spoken monologue about police violence from none other than Glasper's son Riley Glasper, who offers a solution to the problem that should be common sense, but sadly isn't.

Check out "Find You," which you'll receive as an instant download upon pre-ordering the album, below and then stick around to peep the album's tracklist, which includes a cover of the classic Jimmy Jam and Terry Lewis production "Human." ArtScience is set for release on September 16th.