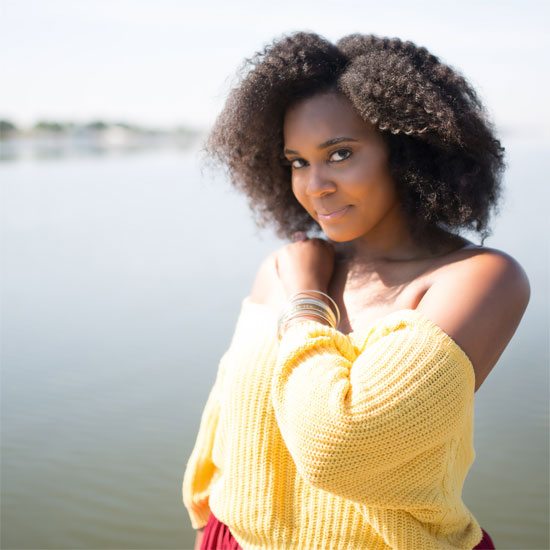 Singer/songwriter Ashleigh Smith has become a fast favorite at SoulBounce since we gave her our Bounce-Worthy stamp of approval. She won us over with a unique cover of Hall & Oates' "Sara Smile," and she continues to impress with another remake that has us entirely enamored. This time, Smith takes on Chrisette Michele's 2007 single "Love Is You" and once again puts her own spin on this modern soul classic.

Where Michele's original is a subdued, piano-driven ballad, Smith's "Love Is You" swings, sways and seduces the listener with the addition of Latin rhythms, strings and a grooving bass line. Ashleigh's vocal hugs the lyrics co-written by Chrisette and John Legend, and she brings the song alive. About her stylistic choices, Smith explains, "Our arrangement is the perfect blend of a driving groove and beautiful harmonies that allow the lyric to breathe while making you feel the rhythm."

It's no wonder that Ashleigh was so taken with "Love Is You" and decided to remake it. Having toured with Chrisette Michele as a background vocalist for over five years, she knows this song inside and out. Regarding her choice to cover a song from Chrisette's catalog, Ashleigh states, "I learned so much from her on and off the stage, and so it was only right that I do a tribute to her on my first album." We understand that Chrisette actually loves Ashleigh's update, which is quite a complement from her sister-friend and former boss.

Take a listen to SoulBounce's exclusive world premiere of Ashleigh Smith's "Love Is You" right here. While you're under her love spell, be sure to pre-order Smith's debut album Sunkissed on Amazon, iTunes or Google Play right now.