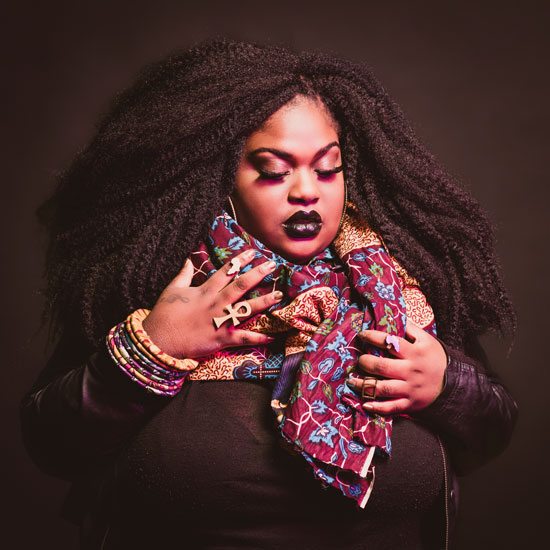 I was first introduced to Sarah Jane’s music through an interesting turn of events. Back in spring 2015, I was researching Dutch soul artists and her press photos popped up. I was immediately drawn in by her vivid branding. She has long, flowing, jet black, natural hair and often wears elaborate face paint and jewelry. I got really caught up in my tour and had put my research on hold. Maybe two or three months later, my soul sista Debórah Bond was in Holland recording and told me she was going to meet up with a dope artist named Sarah Jane. The name sounded really familiar to me, but I couldn’t put two-and-two together. Fast-forward to later that year, and Darien Dean and I were performing live on the air at NPO Radio with her on Angelique Houtveen’s show. Here’s a video clip of that special moment:

Sarah Jane is a dynamic artist and live performer to say the least. She has this crystal clear quality to her voice, yet this gritty and playful side that I love. Her songs fuse elements of neo-soul, hip-hop, jazz, rock and pop. Since the May 2014 release of her critically acclaimed debut single, “Psychedelic Love” (which you may remember from my Celebrity Selector Eurosoul playlist), she has received the Amsterdam Pop Prize, two NPO Radio 6 Soul & Jazz Award nominations and has performed at the prestigious North Sea Jazz Festival.