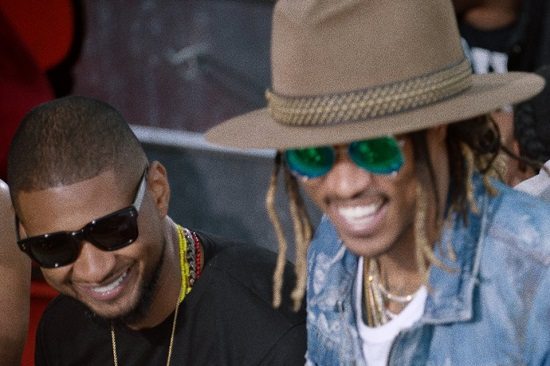 Now that Usher has finally announced the title of his next project, Hard II Love, and has revealed the album cover, it seems that he's intent on giving us more and more listens to the music on the album. Just last week, he gave us a double header by dropping songs "Missin U" and "Champions." Now the R&B vet is back at it again with the newness, dropping a clip for his song "Rivals."

In the video, Ursh rides around his claimed hometown of Atlanta, checking out the familiar sites and the studio along the way. All the while, he sings not about stiff competition, but of a ride or die chick whose love gets him "higher." While out and about in ATL, the singer stops at a barbecue to link up with his homie Future, who contributes his Auto-Tuned warble while getting as close to romantic as he possibly can.

While the arrival of "Rivals" is good news for Usher fans, that bad news is that, just as with "No Limit" before it, the clip is a TIDAL exclusive for now. If you subscribe to the service, you can watch it in full below. If not, you'll only be able to watch a 30-second preview. Luckily, you won't have to wait to much longer for Hard II Love, which is set to drop September 16th.