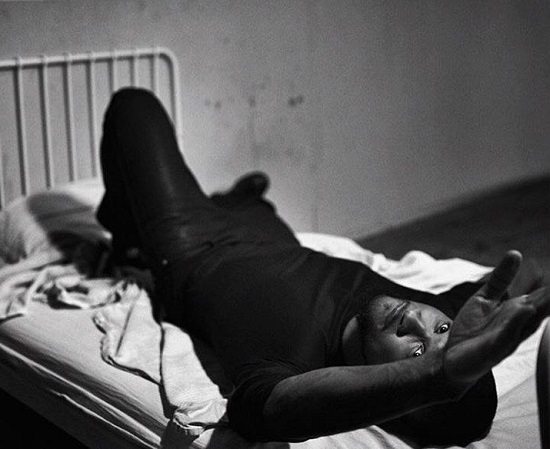 At first it was to be called UR. Then we were told that it would be Flawed. But now, ladies and gentlemen, we have the official name of Usher's eighth studio album (drumroll, please): Hard II Love. Now that we have the set's name and a release date set for next month, Ursh is also giving us a listen to two new selections from the album: "Missin U" and "Champions."

"Missin U" starts with Usher speaking about the kind of girl he likes. The last few words he utters soon get sped up, forming a vocal sample that act as the basis for the main rhythm of the song's verses, with thumping bass and knocking drums accompanying synths. But just when you thought that was all the song had to offer, it morphs into a Michael Jackson-esque sound on the chorus, with lushly arranged vocals paired with bright chords. Though the two different styles mixed in one song would seem out of place on paper, it works perfectly, showing that Usher still has more tricks up his sleeve 20-plus years into his career.

"Champions," which will also be featured in Usher's upcoming film Hands Of Stone, takes a completely different route. A steady conga beat and lilting guitar reminiscent of a mid-tempo Lionel Richie helps Usher preach a message of persevering and triumphing over obstacles. Meanwhile, co-star Edgar Ramirez contributes a few lines in Spanish as well.

You can take a listen to both "Missin U" and "Champions" below. Hard II Love will be available September 16th and can be pre-ordered on iTunes now.


TAGS:  audio, Edgar Ramirez, lionel richie, michael jackson, usher
Previous: SoulBounce Exclusive: Get Lost In Sahaja’s ‘Analog Lovers Rock’ With ‘All Of Me’ Next: John Legend Makes A New ‘Start’ With Song From ‘Southside With You’ Soundtrack