We Finally Learn What Frank Ocean’s Been Up To With ‘Endless’…But Is There More? 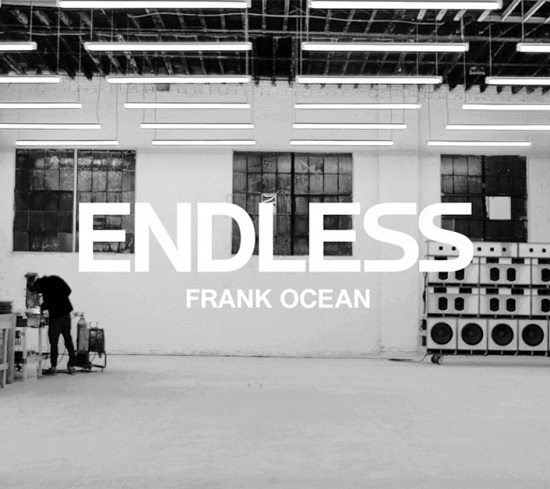 Two weeks ago, Frank Ocean was the talk of the town, but not for the best reasons. After a mysterious live stream appeared on his website, boysdontcry.co, the New York Times reported that the singer/songwriter's long-anticipated sophomore album Boys Don't Cry would finally arrive on Friday, August 5th. Of course, as we know now, that information was wrong and many took out their frustrations on Frank, with Twitter calling him a scam artist and liar for once again getting their hopes up only to let them down once again. But last night, something seemed to be going on, as Frank finally reappeared on the live stream and appeared to be working on, of all things, a spiral staircase in an otherwise empty warehouse.

However, it wasn't the building of the staircase that caught everyone's attention, it was what was going in the background. When the live stream originally began, instrumentals were playing. Last night, though, we could hear actual, fully realized songs. Was this finally Boys Don't Cry? Well, no. What we'd eventually learn is that this was a completely different project entirely, a new "visual album" named Endless. The visual, which was subsequently released at midnight, featured some familiar moments, mainly his cover of "At Your Best (You Are Love)," a version of which he dropped at the top of last year. But ultimately, the stream would include 17 other tracks that had never been heard before, with multiple features from Jazmine Sullivan, credits for James Blake, Sampha, Radiohead's Jonny Greenwood and a few others and contemplative tracks. The visual portion is strange at best, as it's never actually clear why Frank is building stairs in the first place. Musically, though, it's quite compelling and will take a minute for us to parse through.

If you missed the stream last night and want to know what all the fuss was about (or, we guess, value sleep more than new Frank Ocean music), you can stream the entire visual right now via Apple Music. Oh, and just in case you were wondering what happened with Boys Don't Cry, Apple has confirmed with Rolling Stone that in addition to Endless, a new Frank Ocean that may or not still go by that name is set to drop on the service this weekend. Say what? Looks like this is going to be one endless weekend.

While the world once again waits to see if information about another new Frank Ocean album indeed holds true, peep the tracklist for the songs played during Endless below and revisit our favorite Frankie O moments here.


TAGS:  Frank Ocean", james blake, jazmine sullivan, Sampha
Previous: Morning Soul: If You Love Me How Could You Hurt Me Like That Next: Timothy Bloom Wants To ‘Work It Out’