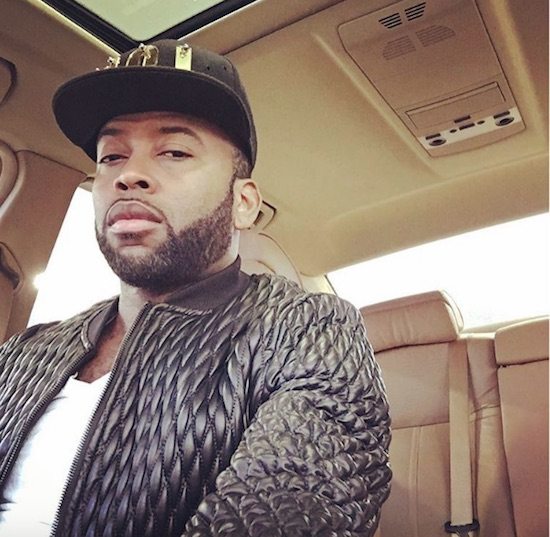 If you follow B. Slade on any social media, then you know there's been a flurry of activity lately. Just this week alone, he's kept it popping over on his Periscope channel, taking viewers into the studio with him as he recorded and released a new single, "#BLAMEU," in addition to releasing another new song, "#BLACKJESUS" just two days prior. Flexing his versality has always been one of his strengths and this time is no different as he presents music listeners with two very different sounds.

First up is to bat is "#BLACKJESUS," a midtempo jam that finds him returning to his gospel roots as he searches for strength and hope in today's perilous times. Much like his last single, "#BLACKBLOOD", B. Slade reflects on life as a person of color stating, "but I know that you know what black people are going through so we're calling out to you Black Jesus." Uplifting and soul-stirring, "#BLACKJESUS" is a welcomed song at a time when many could use an extra dose of hope. Written and produced by B. Slade, the piano-laden number easily blends elements of traditional and contemporary gospel with R&B in a way that is sure to speak to anybody looking for a little inspiration.

Not many artists can drop an upbeat gospel song, then turn around a few days later and release a gloomy rendition of a Janet Jackson song. However, the artist formerly known as Tonex has proven time and time again expectations were made to be shattered and the second single to come from him this week reiterates that point. On "#BLAMEU" he tackles "You," taken from Jackson's 1997 classic The Velvet Rope. In B. Slade's hands, the song is transformed into a haunting, theatrical number thanks to his sweeping vocals and the song's darker arrangement. Co-produced by Joe Macklin, B. Slade sticks to the original lyrics for the most part, adding his own verse towards the song's end.

More than showcasing his ability to skip across musical genres with ease, "#BLACKJESUS" and "#BLAMEU" once again shine the spotlight on B. Slade's insane voice. Easily one of our generation's best vocalists, his voice bends and soars so effortlessly that it seems almost otherworldly. Both songs are taken from his upcoming mixtape #theblackbelt. If this week is any indication, then we'll need to keep an eye out on his Periscope feed to see what other treats he drops for fans. In the meantime, give both tracks a listen and take advantage of these free gems.


TAGS:  audio, b. slade, janet jackson, Joe Macklin, tonex
Previous: Andra Day Gives Us Thrills & Chills In The Video For ‘The Only Way Out’ Next: KeKe Wyatt & Keever West Share A Stirring Rework Of Marvin Gaye’s ‘What’s Going On’